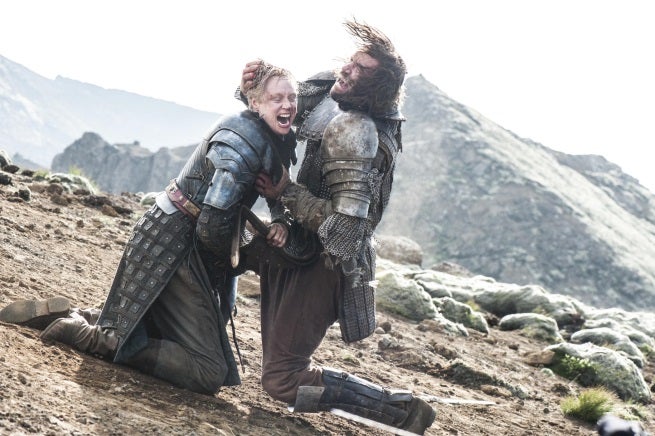 One of the biggest moments in the Season 4 finale of Game of Thrones was the meeting between Brienne, with Podrick Payne, and the Hound, still with Arya Stark. The vicious battle that ensued left and mark on both actors’ memories.

“It was glorious. It was epic. It was something mythical,” says Gwendoline Christie in a video featurette released by HBO. “But also, being a fan of the show, fighting against the Hound…Rory, as the actor, is a glorious, generous, funny, warm, wonderful person, and in the costume and makeup, I look at him and when he’s acting I’m confronted with a very frightening killer.”

“She became really, really strong,” McCann laughs, “and there was no pretending. She was fantastic. I feel like I’ve been in a real fight, I really do. I know I’ll be limping for a while.”

You can see the full featurette embedded below.