A remake of Brian De Palma's Scarface (which is itself a remake of a 1932 film) has been talked about for years, but the project took a major step toward becoming a reality when it was announced earlier this year that Suicide Squad director David Ayer was going to direct the project.

Well, now things are taking the proverbial two steps back, as Variety has reported that Ayer has now parted ways with the Scarface remake director's chair.

This marks the second major director that the Scarface remake has lost, after Training Day director Antoine Fuqua left to re-team with Denzel Washington for the Equalizer remake. According to this new report, Ayer faced a similar dilemma, due to his obligations to Bright, the major Netflix sci-fi action movie starring Will Smith, which will be released this holiday season.

MORE: 7 Best Movie Remakes Ever Made 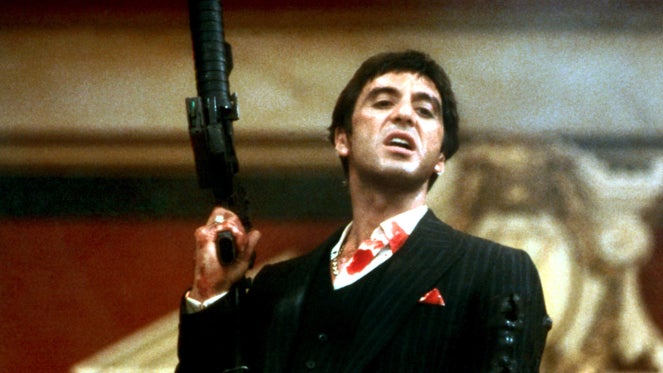 Universal Pictures has set the new Scarface has been set for release on August 10, 2018, with Rogue One star Diego Luna still set for the lead role, and a script by the Oscar-winning Coen Brothers (Fargo, No Country For Old Men). In the early stages of development, the film was said to update the classic story of a gangster's epic rise and terrible fall for the modern era of Mexican drug cartels. No specific details of the Coens' script have been revealed, but it's expected that the premise will remain largely the same.

We'll keep you updated on who takes over the Scarface director's chair, as Universal is said to be pushing the film down the pipeline of development at a rapid pace. Expect a replacement to be found soon.