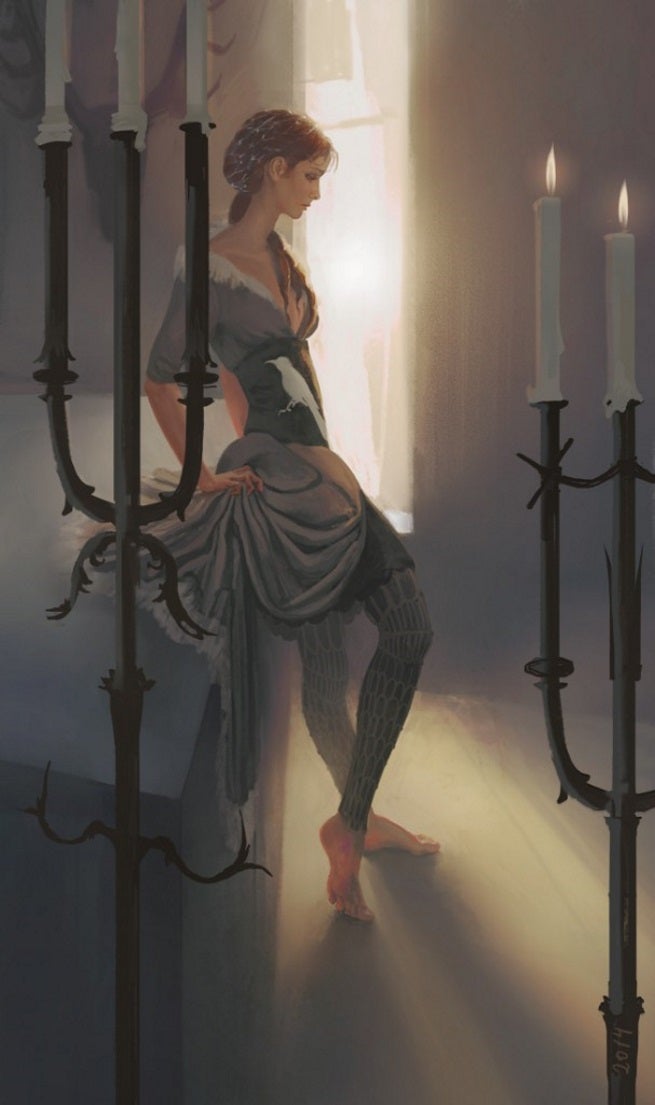 George R.R. Martin has released a new excerpt from The Winds of Winter, the upcoming sixth installment of his A Song of Ice and Fire series.

Here's an excerpt from the opening:

"She was reading her little lord a tale of the Winged Knight when Mya Stone came knocking on the door of his bedchamber, clad in boots and riding leathers and smelling strongly of the stable. Mya had straw in her hair and a scowl on her face. That scowl comes of having Mychel Redfort near, Alayne knew."

There's 6,700 words of the long-awaited novel there to enjoy on Martin's website (if you can get the website to load; eager fans have crashed it at the time of writing), and we won't spoil any more of it here.

The Winds of Winter currently has no release date, and is not expected to be released until at least 2016. Martin has recently been cancelling certain public appearances and has passed on writing episodes of for Seasons 5 and 6 of Game of Thrones in order to focus The Winds of Winter, as well as other projects.

Season 4 of Game of Thrones ended in the same place that we last saw Sansa in the previous book, A Dance with Dragons, so there may be clues as to where we'll see her headed in Game of Thrones Season 5 as well.