It's been a little more than two years since Disney acquired Marvel Entertainment.  And while we've seen an expansion of Marvel properties from a film standpoint, there are still plenty of interesting stories and combinations that can be brought to life.

I'm reminded of the satire that comic book professionals T Campbell and John Waltrip created shortly after the merger in 2009.  It's the mother-of-all mashups: 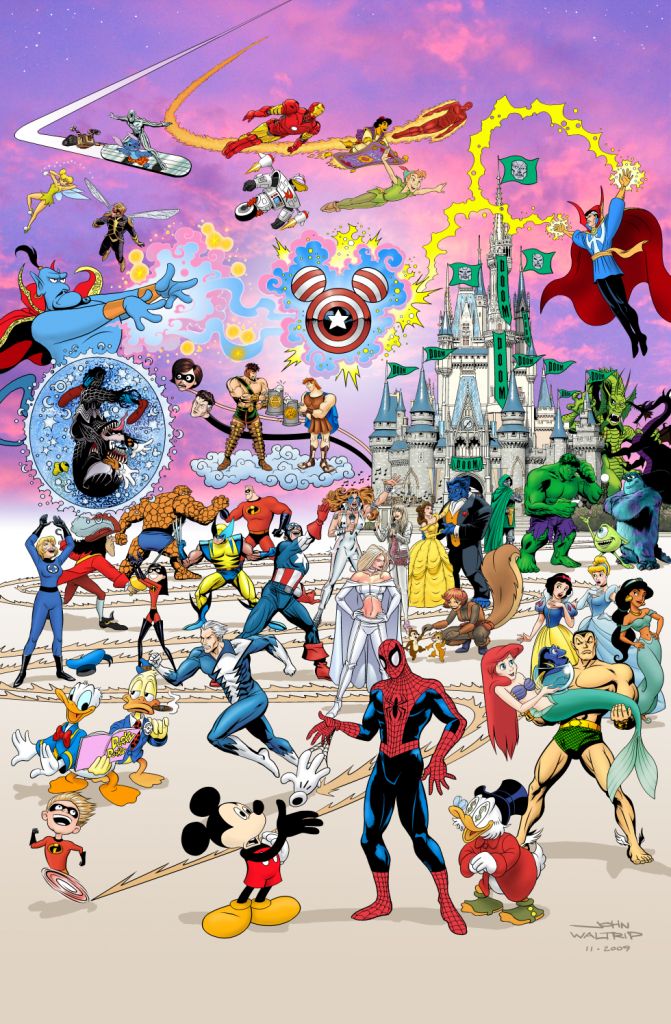 Between Thing arm wrestling with Mr Incredible to Captain America dancing in a musical, there is a ton of funny, funny stuff in this artwork.  The look of horror on Mickey Mouse's face after having Spider-Man rip off his glove is just priceless.

On a serious note, the past two years of the merger have seen a lot of good and some bad.  What are your favorite things that have occurred (or are on the future docket) with Disney acquiring Marvel?  What else would you like to see?

'Younger' to End With Season 7 on Paramount+