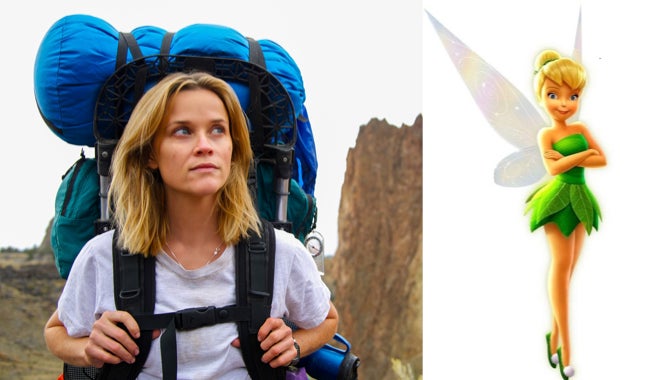 That’s because actress Reese Witherspoon has signed on to play Peter Pan’s faithful fairy in a new live-action Tinker Bell movie from Disney. With a screenplay written by Finding Dory’s script writer Victoria Strouse, Witherspoon will bring Tinkerbell to life in Tink. While Tink’s plot details are scarce, rumors suggest that it will take a “behind the scenes” approach to Tinkerbell, Peter Pan, and Neverland's story much in the style that Angelina Jolie's Maleficent did with the Sleeping Beauty story.

Witherspoon, who currently has Hot Pursuit in theaters, underwent a creative renaissance last year with her Academy Award nominated turn in Wild.

Stay tuned for more development on Tink as they occur.