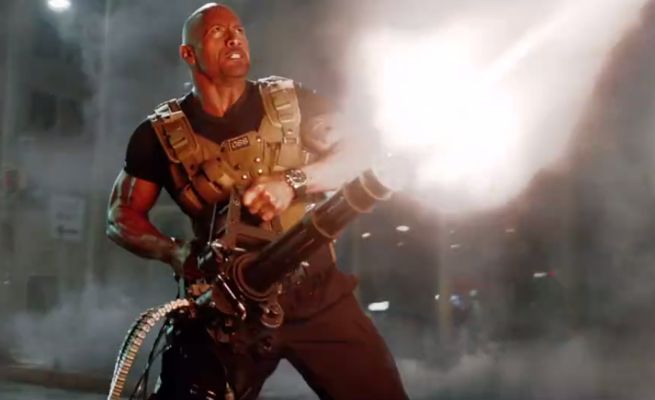 Universal Pictures has just released a brand new TV spot for Furious 7. The spot features a couple snippets of new footage and teases that "war is coming." In one new scene, Michelle Rodriquez's character Letty asks Dwayne "The Rock" Johnson's character Hobbs, "Did you bring the cavalry?" Hobbs responds, "Woman, I am the cavalry."