Universal's “Road to Fast” campaign continues with this new image of Michelle Rodriguez as Letty Ortiz from the Fast & Furious film franchise. The image is promoting the upcoming thrill ride, “Fast & Furious – Supercharged.”

“Fast & Furious—Supercharged” is a technologically advanced, epic ride that reunites stars from the Fast & Furious series in a groundbreaking mega-attraction designed to catapult guests into the high-stakes underground world of street racing at perceived speeds in excess of 120 miles per hour.  This high-octane ride is conceived as a new installment to the Fast & Furious franchise and will debut as the grand finale to Universal Studios Hollywood’s behind-the-scenes Studio Tour that can only be experienced at The Entertainment Capital of L.A.

Fast & Furious—Supercharged opening is on June 25! 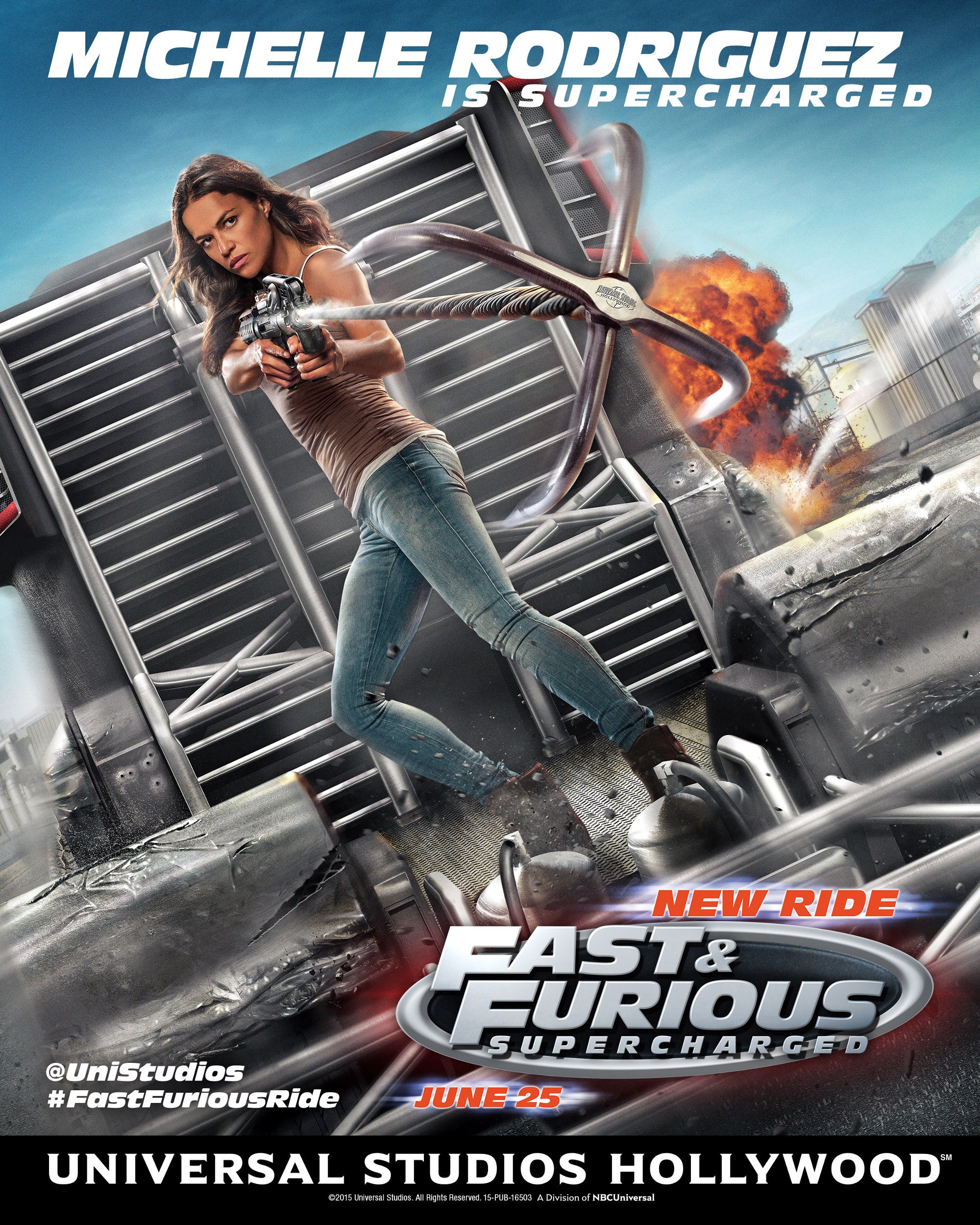