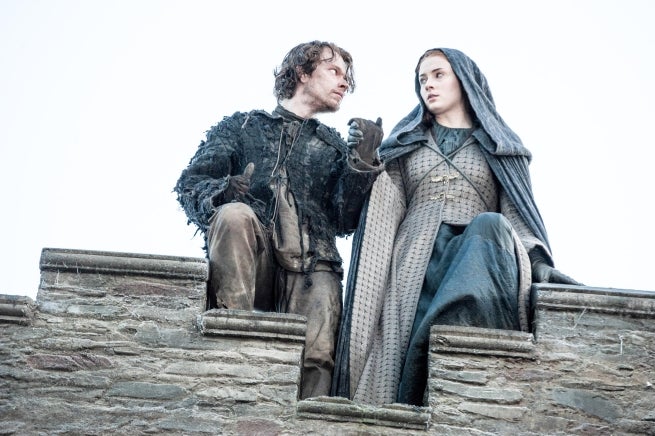 SPOILER WARNING for the Game of Thrones Season 5 finale.

The images are full of spoilers for the episode, showing the mysterious Ser Robert Strong (which the photo credits confirm is The Mountain, if there was any lingering doubt), Arya’s blindness, Cersei’s appearance after being readied for her walk of atonement, Stannis’ last moments, Myrcella in Jaime’s arms, Theon and Sansa readying for their leap of faith, and – the biggest shocker of the night – Jon Snow being stabbed by Ollie and lying dead in the snow. Even by Game of Thrones standards, it was a pretty deadly episode.

Check out the images in the gallery below. Game of Thrones will return to HBO for Season 6 in Spring 2016.