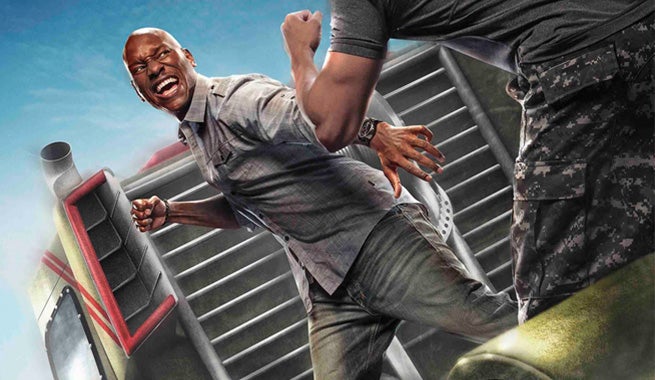 Today, we have the first official look at Tyrese Gibson as Roman Pearce from the ride which is set to open June 25. 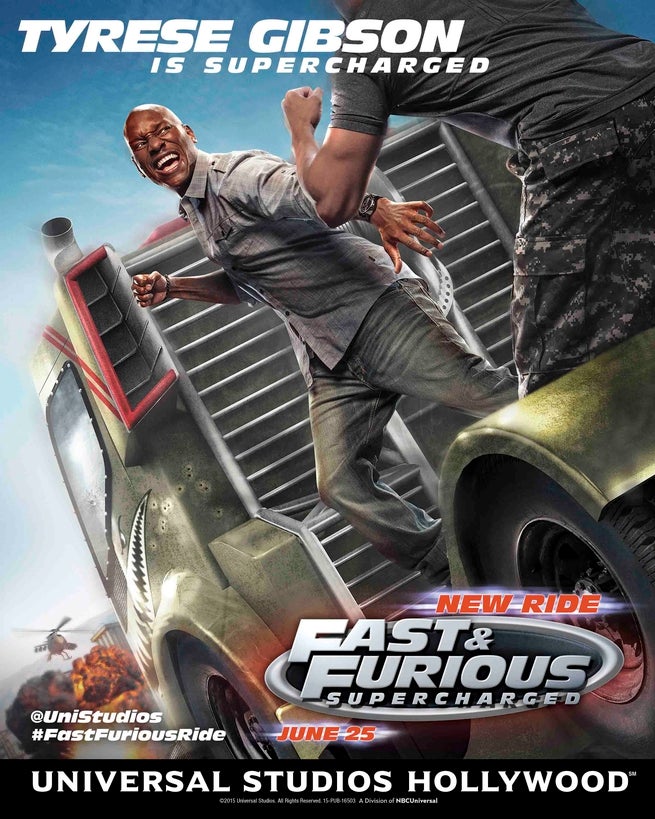 “You’re in Hollywood already…you’re able to get on the tram and experience your favorite movie and TV show sets; that’s a big deal. Everything about Universal Studios puts you in the driver’s seat to really experience Hollywood,” said Tyrese Gibson, adding, “Fast & Furious has the best fans in the world!”

The Fast & Furious: Supercharged thrill ride is set to open at Universal Studios Hollywood June 25, 2015 and just in case you missed it, an eighth Fast & Furious film was recently announced, set for release April 14, 2017.