FX's Atlanta is a weird wonderful gem that has emerged from the Fall TV season. Created by and starring Donald Glover, the show combines deep social commentary with absurdist humor in a dreamy, surreal mixture that makes each episode feel like a slightly off-kilter dream you had.

If that's a hard description to envision, then you are simply experiencing a confusion that has apparently hung over the show like a fog since its inception. While appearing on Ellen, Glover himself tried to describe the concept behind Atlanta, at one point referring to it as, "Twin Peaks with rappers."

If you haven't seen the show, Glover plays Earnest 'Earn' Marks, a brilliant young man who dropped out of an Ivy League school and returns home to Atlanta to be near his young daughter and her mother. He soon finds a possible way out of his strained financial situation when his cousin Alfred (aka 'Paper Boi') blows up big as a local rapper. With that loose frame in place, the show navigates through social issues, skewering popular opnion on everything from race, gender, transgender, the role of the media in today's culture and so much more. It's been a popular favorite of critics in particular, who appreciate the show's unique and ambitious voice.

As for the Twin Peaks references? Having watched the show regularly, we would probably say it's something closer to a mix of Chappelle Show and Louie, in all the best ways. But when a show is this enjoyable and at the same time hard to pinpoint, it usually means it's something truly original. 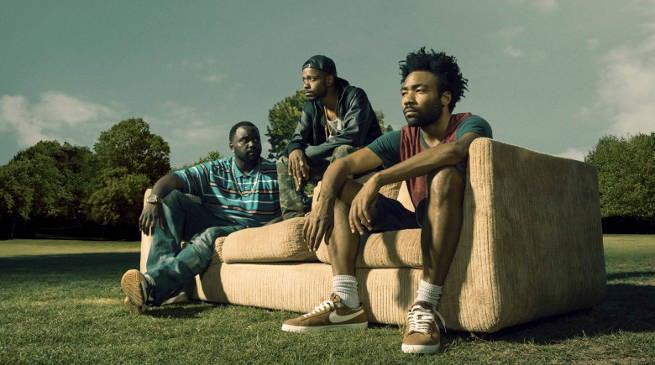 Stimulus Check: $1,200 Payment Spread Across Days Comes to Less Than $8, and Social Media Is Not Happy