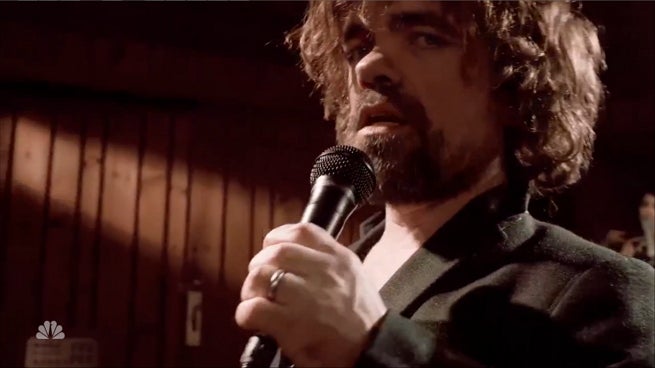 NBC has released a sneak peek at the "Game of Thrones: The Music" sketch from their upcoming Red Nose Day telecast.

The video sees Peter Dinklage (Tyrion Lannister) teaming up with Coldplay to sing a song mocking all the major characters from Game of Thrones that haven't lasted as long as he has.

The clip is just a sampling of the "Game of Thrones: The Musical" sketch that will air during Red Nose Day benefit, featuring several of the stars from the HBO series.

The Red Nose Day telecast will help raise money for the charity, which helps raise children out of poverty.

The Red Nose Day telecast airs Thursday, May 21 at 8pm PT/ET on NBC.

Peter Dinklage Mocks The Dead In Game Of Thrones: The Musical