Beauty and the Beast has scored another massive box office win for Disney, by taking yet another animated classic and converting it into a live-action blockbuster movie experience. Disney movie remakes have a tendency to make us nostalgic, as they remember the cinematic experiences and milestones of the past; Beauty and the Beast is not different, and now, fans are buzzing about all things Disney, once again.

Since Disney has been such a prominent part of our collective lives for so long, it sometimes feels as though we know the world of its characters and movies backwards and forwards. However, even though the most hardcore Disney fans may know every hidden detail of the films, the behind-the-scenes trivia is often just as interesting as what we see onscreen. Here are 10 Trivia Facts You Didn't Know About Disney Movies.

All Roads to Disney 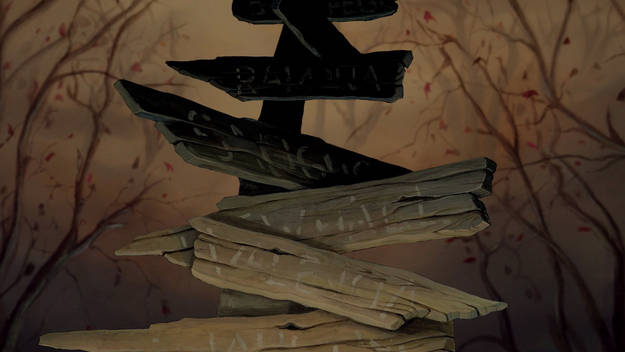 Starting with the 1991 animated version of Beauty and the Beast:

A sign on the woodland road where Maurice and Felipe get lost contains the locations Anaheim and Valencia. The former is the home of Disneyland; the latter is the home of the California Institute of the Arts, where many Disney artists trained.

Both the 1950 Cinderella and 1959 Sleeping Beauty animated movies have iconic female antagonists, in the form of evil stepmother Lady Tremaine, and evil sorceress, Maleficent (respectively).

However, did you know that Lady Tremaine and Maleficent are the same person?

Actress Eleanor Audley (Green Acres, My Three Sons) voiced both Lady Tremaine and Maleficent - and Disney animators modeled both characters after her physical appearance. So, in both look and spirit, the two characters really are one.

Among the many innovations that Steve Jobs unveiled in the last two decades, Pixar has gone on to be one of the greatest. The computer animation studio has released films that have gone one to become cinematic classics (Toy Story, Finding Nemo), and brought magic and wonderment to younger and older viewers, alike.

In honor of Apple and Jobs, there are many Easter egg references to Apple and its products hidden in Pixar films - including in Monsters, Inc., with its "Scare Different" Apple ad on the back of a magazine.

One of the biggest plot points of The Lion King involves Simba coming to maturity by letting out an epic lion's roar, like his father Mufasa before him. However, The Lion King's version of the king of the jungle's call is all a lie.

The look of Disney's Cars characters was actually inspired by something from the company's creative history: the 1952 cartoon "Susie the Little Blue Coupe," which is a favorite of John Lasseter.

Wreck-It-Ralph is a hit Disney film now, but the video game-inspired villain-turned-hero story was being pitched ever since video games hit their heyday in the '80s. It began as "High Score" in the '80s; became "Joe Jump" in the '90s; "Fix-it Felix" in the 2000s, before becoming the hit 2012 film fans know and love.

Pixar's Toy Story was released in 1995 - and the studio likes to commemorate that fact by dropping the number "95" into their films - most prominently on Cars lead character, Lightning McQueen.

Inside Out was one of Pixar's latest (and greatest) success stories, but getting the tricky premise of personified emotions onto the screen required by spot-on voice casting for each emotion. One of the best character/casting combinations was ranting/raving comedian Lewis Black as anger - and as it turns out, he was also one of the first ideas about Inside Out to ever be put on the table.

Black voicing Anger was pitched to Pixar execs as part of the concept of what Inside Out could be; they apparently like the notion so much that the comedian was soon after offered the part.

In Aladdin, late comedian Robin Williams famously voices the Genie - but he also voiced another character in the film - the marketplace wares peddler, who sings the movie's opening number, "Arabian Nights."

In another version of the script, The Peddler was supposed to be revealed as The Genie, which is why Williams' voice was used for both characters.

Disney has done some not-so-subtle "borrowing" of celebrity likenesses in order to create some of its most famous characters. Ariel from Little Mermaid is based on Alyssa Milano; Aladdin on Tom Cruise; Ursla the Sea Witch on Drag Queen Divine; The Jungle Book vulture on The Beatles - the list goes on.