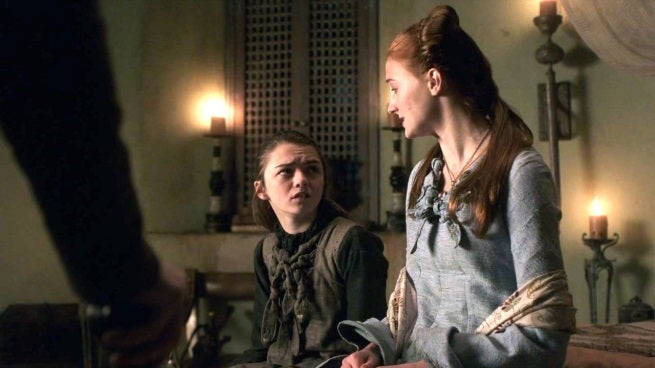 Yesterday, we posed the question “should Game of Thrones go to 13 episode seasons?” Our report referenced a New York Times interview in which George R.R. Martin, author of A Song of Ice and Fire, said he wished the show had 13 episodes per season so it could include smaller scenes that make the story deeper and richer.

Martin used the specific example of a scene from A Game of Thrones, the first novel of A Song of Ice and Fire, that was cut from Game of Thrones’ first season, in which Sansa Stark tries to convince Arya Stark to take tea with the queen rather than going searching for rubies with the butcher’s boy. Martin feels the scene helps define the relationship between the Stark girls early on.

The scene was used when Sophie Turner and Maisie Williams auditioned for their roles as Sansa and Arya, respectively. Vanity Fair has managed to dig up that audition tape, showing the young actresses reading through the scene. The video provides an example of the kind of “smaller scenes” audiences are missing due to Game of Thrones’ time and budget restraints.