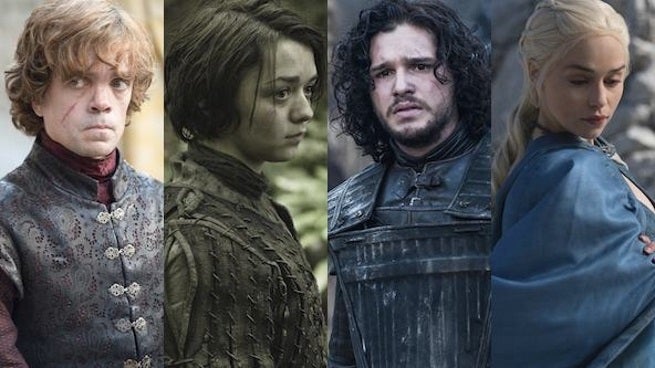 British bookseller Waterstones has somehow come into the possession of George R.R. Martin’s original outline for Game of Thrones and the subsequent A Song of Ice and Fire series of fantasy novels, on which HBO’s Game of Thrones is based. Images of the outline, which was confirmed as authentic by Harper Collins UK, appeared on Waterstones’ Twitter, but have since been removed. Luckily, they survived in the initial report by WinterIsComing.net.

Reading through the outline reveals a somewhat simpler take on Westeros, something that’s more of a straightforward fantasy tale and more transparently based on the historical War of the Roses. You can read through the thing yourself if you’re interested, we’ve included the images in the gallery at the bottom of the page, but we’ll highlight some of the most interesting changes for you.

As this is such an early draft, there’s not much to worry about here as far as concrete spoilers go, but it does touch on some fan theory, so be warned.

The next book in the series, The Winds of Winter is not on Harper Collins’ schedule for 2015, so it looks like fans will be waiting until at least 2016, if they’re lucky, to continue the Song of Ice and Fire.

Meanwhile, Game of Thrones will return to HBO for Season 5 on April 12.