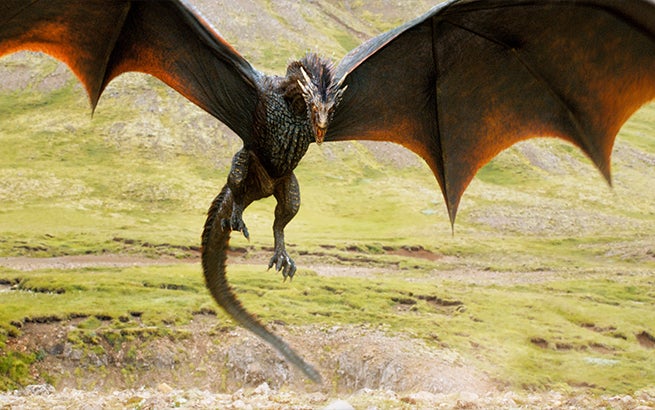 During an interview with ComicBook.com about his new film Alien Outpost, Emmy Award winner and special effects supervisor for Game of Thrones, Jabbar Raisani, provided a bit of insight into the fifth season of Game of Thrones.

I have to ask about Game of Thrones. Are there any big effects or moments we can expect this season that you can tell us about?

That I can tell you about in detail- no. But if you haven’t seen the season 5 trailer yet I definitely say watch it. There are hints to what is going to be in this season that are huge. In the most general way I can say it… near the end of the season there are some massive scope and scale, epic sequences that are particularly visual effects heavy that are going to be awesome. I can only imagine we’re going to get to see them in IMAX based on how the season 4 [episodes] 9 and 10 are performing right now.

Are we going to see more dragons?

I think it’s safe for me to say, despite my NDA, there will be more dragons and awesome dragons. Yes.

Maybe Daenerys Targaryen will finally cross the Narrow Sea and head to Westeros with her dragons. We can't forget Brandon Stark's vision with the dragon shadow flying across Westeros, so they're more than likely going to arrive eventually. We can't count Tyrion out either because it's possible Jabbar meant effects heavy in terms similar to that of the Battle of Blackwater. What do you think is the big event Raisani is referring to late in season 5? Would you like to see more Game of Thrones in IMAX?

Raisani's Alien Outpost is in select theaters now and available on demand through XBox video, iTunes, and Amazon Instant Video.

Game of Thrones returns for it's fifth season April 12 on HBO.