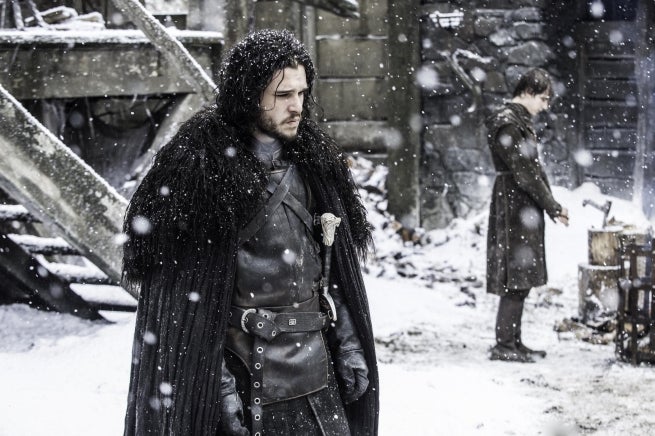 A new episode of Game of Thrones, titled “The Gift,” airs tonight on HBO.

In the Game of Thrones universe, “the gift” is what the Faceless Men and worshippers of the Many-Face God call death. The view dying a release from the human suffering that is life. Perhaps this hints at the next step of Arya’s training in the House of Black and White.

HBO has released a video preview of the episode, embedded below.

HBO also released preview images from the episode, which can be seen in the gallery below.

In “The Gift,” Jon prepares for conflict. Sansa tries to talk to Theon. Brienne waits for a sign. Stannis (Stephen Dillane) remains stubborn. Jaime attempts to reconnect with family.

“The Gift” is written by David Benioff & D.B. Weiss and directed by Miguel Sapochnik.

How Tom Brady Compares Himself to Michael Jordan and Wayne Gretzky

Aaron Rodgers: Everything to Know About His Battle With Packers