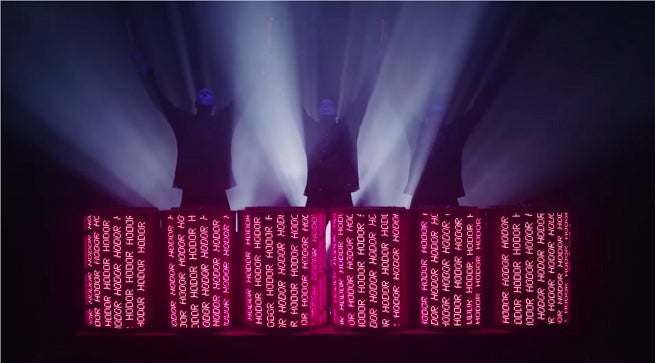 Game of Thrones has one of the most distinctive open credits sequences and theme songs of any show on television, one that is often imitated and parodied.

The eclectic Blue Man Group has now put their own spin on the theme, in a video released on YouTube. Check out the group playing the theme on pipes, and even having their own comet, in the video below.

The description of the video says that the Blue Man Group has vowed silence until Hodor’s fate in Game of Thrones Season 5 is determined. Rumor has it that Hodor and Bran Stark will be absent from this season. We’ll have to wait and see.

Matt Damon Weighs in on Possibility of 'Ocean's 14'

Randall Cobb Reacts to Reuniting With Aaron Rodgers and Packers