We all oohed and ahed when the American princess Meghan Markle walked down the aisle at her wedding, looking every inch the royal she was about to officially become. Markle's style and appearance have earned her a well-deserved spot in the media, and her new status as the Duchess of Sussex has earned her a place in history.

However, what most women actually want to know is how Markle maintains her effortless, glowing appearance. What exactly does her diet look like, and can we follow it, too?

Here's the inside scoop on what Markle eats (and what she doesn't) on a daily basis.

Although Markle does indulge in the occasional dairy product or piece of meat, she typically tries to avoid eating animal-based products. She likes knowing that she's following an environmentally-friendly diet while also keeping her body healthy. During the week, she sticks with plant-based meals, and on the weekends, she allows herself to indulge in a few non-vegan items.

She Likes to Munch on Healthy Snacks

By keeping her snacks simple but healthy, Markle ensures that she's never hungry without sacrificing her trim figure. An apple with almond butter and sea salt is one of her usual go-to options. Not only does the apple keep her feeling full, but the almond butter provides energy in the form of protein and healthy fats.

She Loves the Clean Cleanse

This 21-day cleanse isn't a constant in Markle's life, but every now and then, she likes to re-energize by focusing on smoothies and shakes. The program, designed by Dr. Alejandro Junger, claims that the cleanse helps you avoid processed foods that may actually leave you feeling sluggish. So, whenever Markle feels a bit lethargic, she switches to the Clean Cleanse and focuses on eating foods that are sure to make her body feel good.

She Picks Green Juice Over Coffee

Unlike the average person, Markle isn't addicted to caffeine-packed cups of coffee. Instead, she sips green juice to keep her feeling awake. She claims that it's a better, more natural source of energy that doesn't leave you feeling jittery or crampy. Typically, her green juice contains apple, kale, lemon, ginger, and spinach.

» Get the recipe for our Kale-tastic Green Juice.

She Avoids Gluten to Help Keep Her Skin Clear 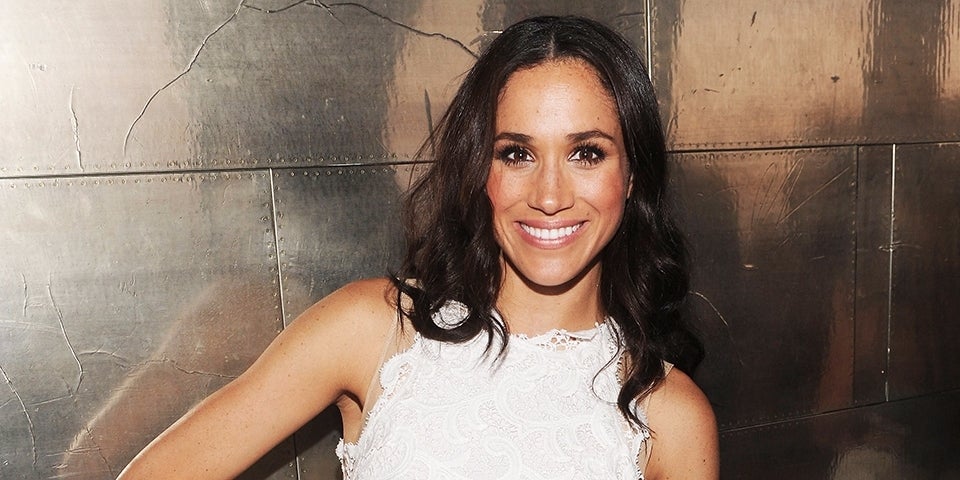 In general, Markle notices that when she eats less gluten, her skin looks better both in person and on camera. She definitely doesn't abstain from eating gluten completely, but she does limit her consumption in an effort to keep her skin looking fresh and clean.

» Read More: 18 Foods That Are Surprisingly Not Gluten Free

She Focuses on Consuming Plenty of Omega-3s

Because she tries to stick to a vegan diet during most meals, Markle always tries to make sure she's not lacking in heart-healthy omega-3s. She usually attempts to throw in a few seafood meals once a week so that she's getting a dose of the omega-3s. One of her favorite options is sushi with seaweed and brown rice.

She Stays Hydrated All Day

No one is more adamant than Markle that hydration helps keep extra pounds at bay. She's constantly sipping on cups of hot water with lemon. This was an especially helpful trick while she was on her show Suits because the drink aids in digestion. She feels full while drinking but also ensures that she's staying well hydrated, even when she's busy.

She Cooks at Home

In general, Markle finds that creating her own meals is an easy way to keep her food clean and healthy. Because Markle has traveled to so many different countries and experienced so many different foods, she's developed a cultivated love for cooking and creating her own recipes. She usually cooks at least one meal at home every day, and she takes pride in her creations. Her rich pasta dishes are especially impressive.

She Understands That Balance Is Key

Even though she's typically a healthy eater, Markle doesn't deprive herself of her favorite treats. After all, she is human. French fries are one of her top indulgences, and she says she'll wolf some down every once in a while, then combat the indulgence with a lighter dinner. Throw some cheese curds and gravy on the fries to make poutine and you'll make this duchess quite happy.

Related:
Meghan Markle's Wedding Workout
The One Compound Move That Strengthens Jennifer Garner's Entire Body
12 Vegetarian Recipes for You and Your Family
Get Back on Track With Our 3-Day Detox

What Meghan Markle Eats in a Day

Fast Food Chains Found to Have Dangerous Chemicals in Wrappers