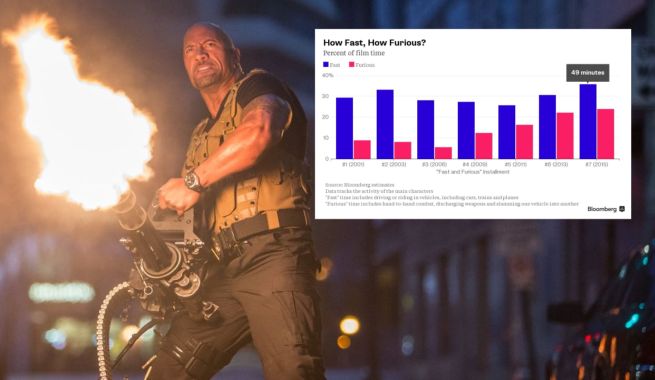 Furious 7 has broken yet another record in the Fast and Furious franchise.

After busting the franchise's biggest opening weekend record, the film has also proven to be the most fast and the most furious installment of all seven films. And that's not a matter of opinion.

According to a new analysis of the film, Furious 7 contains the series' largest amount of racing and violence. After scouring through the film, it was discovered that Furious 7 packed 49 minutes of vehicular travel and 33 minutes of fist-throwing action. The second fastest film, according to this criteria, was Too Fast Too Furious, and the second most violent was Fast and Furious 6.

According to Bloomberg Business, who conducted the investigation, the meekest entry in the franchise was The Fast and The Furious: Tokyo Drift (no surprise there). But since that universally-disliked installment, Bloomberg discovered that the film's creators accelerated the franchise's fury with each consecutive installment, in an attempt to keep outdoing themselves. 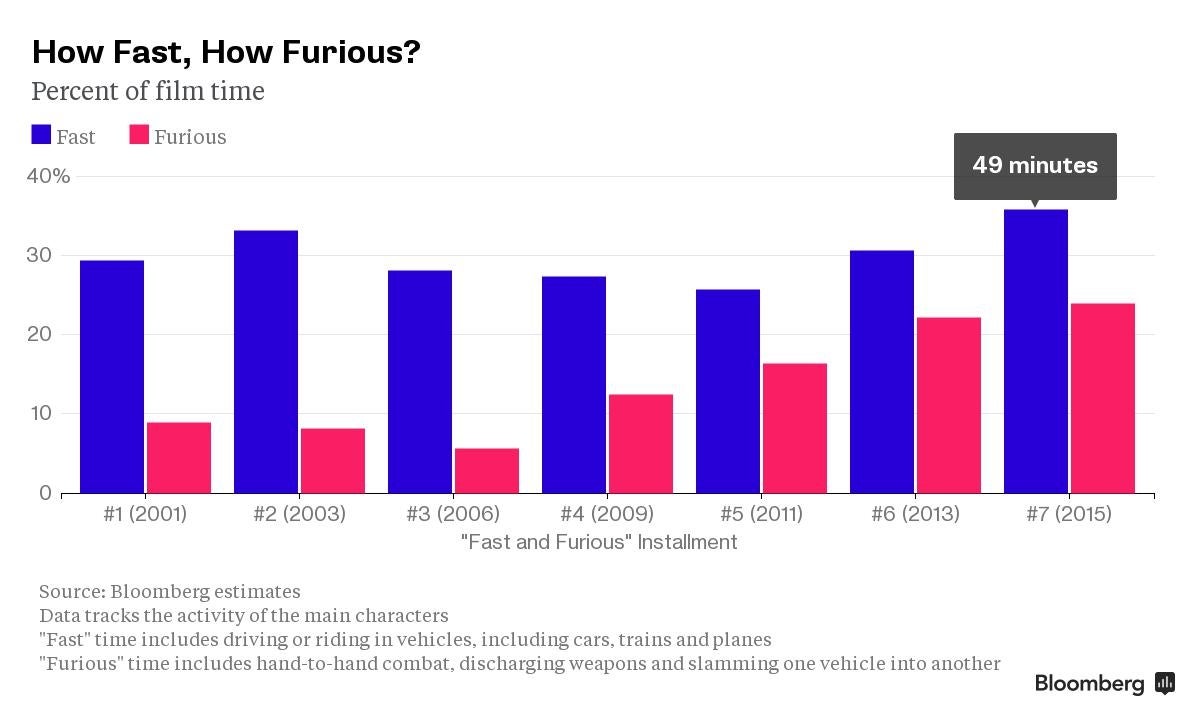 Furious 7 is in theaters everywhere.