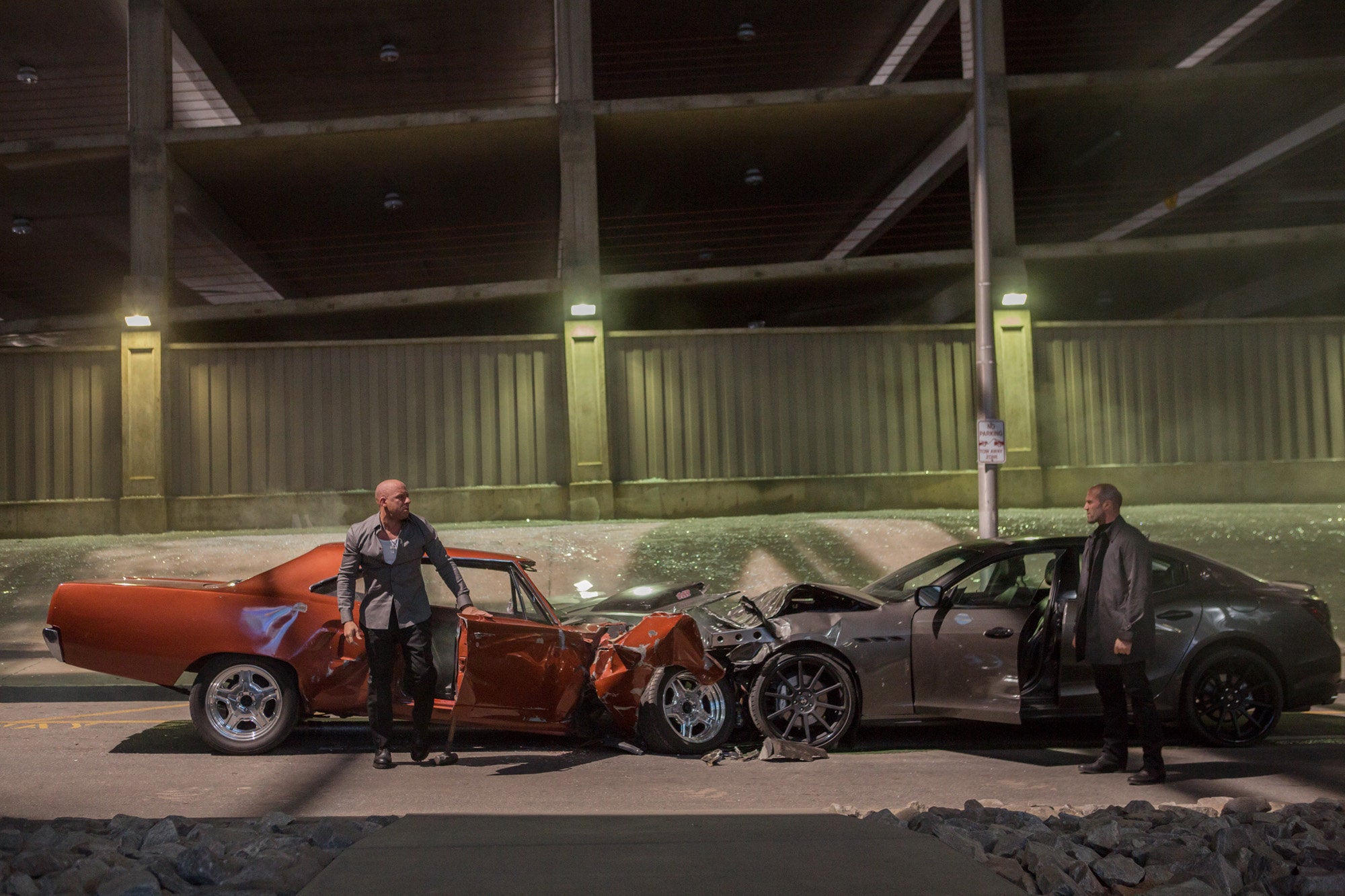 After landing parachute drops and crashes through two separate buildings, the cars of Furious 7 probably seemed nigh-invincible. But after the cameras stopped rolling, the film's production crew proved that the cars were all too mortal.

As a new report shows, for all the cars damaged in the filming of Furious 7—230 in total—almost all were unceremoniously crunched into the world's most expensive cube of metal scraps. As Furious 7's Richard Jansen revealed, he ordered all of Furious 7's damaged cars to be smashed beyond repair, so that people wouldn't try to salvage and then potentially harm themselves in them. Of the drawn-and-quartered cars included several black Mercedes Benzes, A Ford Crown Victoria, and a Mitsubishi Montero.

"It was kind of unusual, to see some relatively late-model Mercedes-Benzes, all crunched up and good for nothing," Jansen told The Wall Street Journal.

But such levels of wanton car destruction are nothing new for the Furious franchise's stunt crew. As the Journal reported, the crew behind Furious 7's previous installment, Fast & Furious 6, wrecked up to 25 cars a day while shooting.

So, maybe propelling a car through several skyscrapers really isn't as easy as it looks.

Furious 7 is in theaters now.

230 Cars Were Destroyed In The Making Of Furious 7