Before Bebe Rexha hits the road with the Jonas Brothers, the "Meant to Be" singer showed off an un-retouched bikini photo to show "what a real woman looks like." 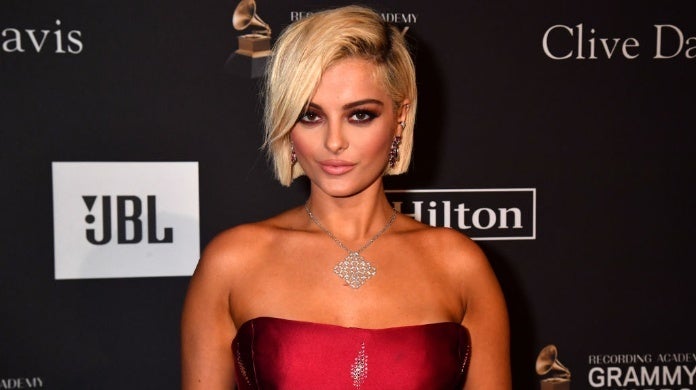 On May 17, Rexha shared a photo from the beach in San Juan, Puerto Rico showing her wearing a tiny red bikini with her right arm gripping a tree branch.

"And she hotter than those fake thots," singer Symon added.

The 29-year-old Rexha, who served as a coach for The Voice's comeback stage in Season 16, has been open with her body image struggles in the past. During a recent interview with Health, she said her therapist suggested she walk around naked at home to build up confidence.

"Ever since I was little, I've been thicker," Rexha wrote. "When I first got signed to one of my deals, my managers were like, 'Are you ready to get into boot-camp shape?' I was like, 'Sure! What does that mean?' They told me to lose 20 pounds, and it kind of messed me up."

She continued, "I went through a point of really not liking myself, and I still have my moments — but I just started trying to be nice to myself and doing things every day. I walk around the house in just underwear and a bra. My therapist told me, 'You should walk around naked; it helps.' I'm like, 'I can't do that yet!'"
Rexha later said she does not want to be "skinny" again, noting she was "just miserable" when she was down to 120 pounds.

In April, Rexha also opened up about having bipolar disorder.

Rexha will soon be heading out on the Jonas Brothers' reunion tour, which kicks off in Wantagh, New York on June 14.