Danny Masterson's final season of The Ranch was just released by Netflix, and the actor sent out a surprising promotion of the series.

Masterson was fired after production on part 5 ended, but he still decided to promote the episodes' release on Friday.

He shared the below still from the series that features him in character as Rooster Bennett next to Ashton Kutcher, who plays his Rooster's brother Colt. 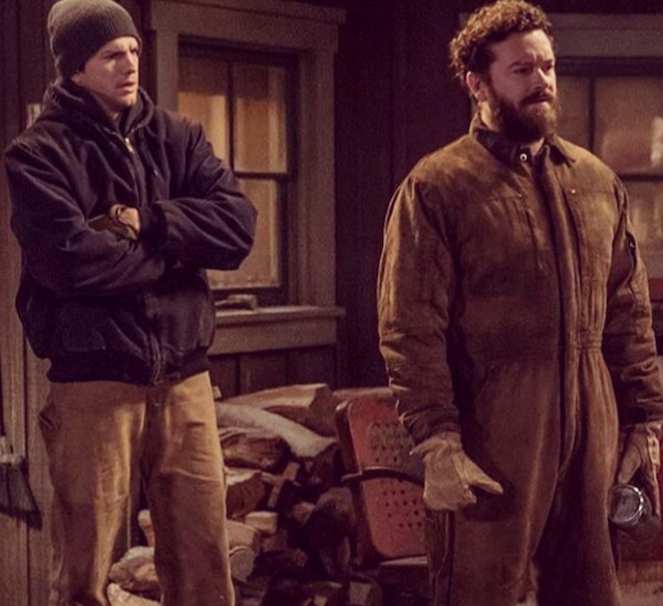 He also suggested that fans binge the series.

This surprising promotion comes after Masterson's firing due to numerous sexual assault allegations made against him. Netflix wrote him out of the series as they went into part 6, and added Dax Shepard to the cast to fill the void left in his absence.

"After discussing with the producers, we've decided to write Danny Masterson off of The Ranch," Netflix said in a statement. "Yesterday was his last day of work, and we'll make new episodes in 2018 without him."

Masterson has denied all allegations of sexual misconduct and is disappointed that Netflix had asked for his removal from the series.

"I am obviously very disappointed in Netflix's decision to write my character off of The Ranch," Masterson said in a statement. "From day one, I have denied the outrageous allegations against me. I have never been charged with a crime, let alone convicted of one. In this country, you are presumed innocent until proven guilty. However, in the current political climate, it seems as if you are presumed guilty the moment you are accused. I understand and look forward to clearing my name once and for all."

All episodes of The Ranch are currently available on Netflix.

'The Ranch': Danny Masterson Speaks out After Part 5 Release

Everything Coming to Netflix, HBO Max, Disney+, Apple TV+, Amazon, Hulu and Peacock in May 2022

Everything Coming to Netflix This Weekend (May 27)

'The Good Fight' Canceled After 13 Years