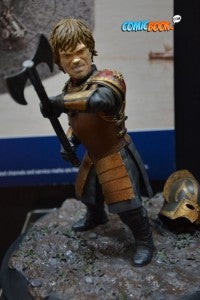 Hot off the showroom floor at New York's Toy Fair 2013, we've got first looks at the new action figure line based on HBO's fan-favorite Game of Thrones TV adaptation.

With figures based on Jon Snow, Ghost and Tyrion Lannister, these are obviously just the "faces" of the line and not the entirety of it.

Still, as neither a Game of Thrones guy nor an action figure guy, I called in Savage Dragon editor Gavin Higginbotham to give us his opinion on the sculpts (and to identify the characters for me):

The "imp" or Tyrion Lannister is one of my personal favourites. The outcast offspring of the world's wealthiest man, he makes up for his small size with a giant intellect. That's another good likeness. It appears to be before he attempts to go into battle for the first time but I'm not an expert.

Check 'em out below, and know that we've got more coming from Toy Fair throughout the evening. 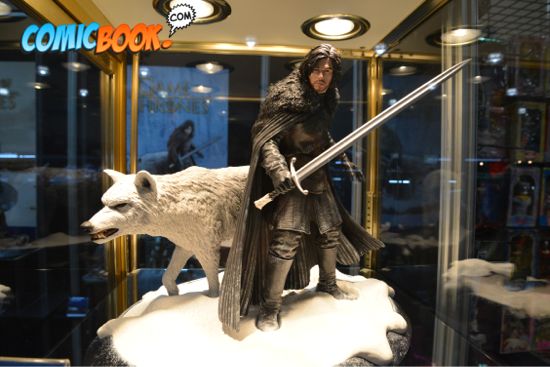 When Is Meghan McCain's Last Day on 'The View'?