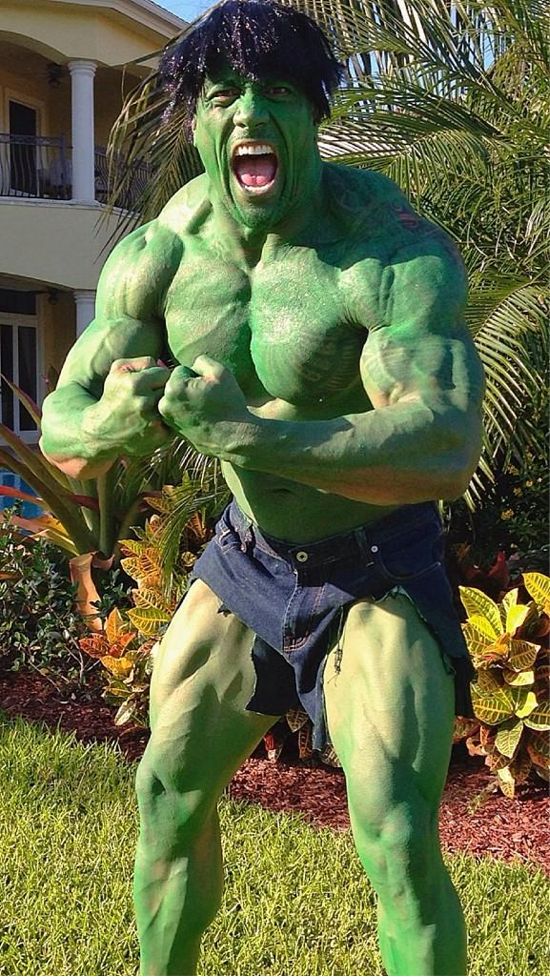 Last we heard, Dwayne “The Rock” Johnson was tweeting about how he was in talks to play the DC Comics character Lobo. Now, it looks like The Rock might have gone over to the other side.

For Halloween, The Rock dressed up as a very convincing Hulk. The Rock tweeted a photo along with the message, “Don't make angry. You wouldn't like me when I'm angry" ~ The People's Hulk #HappyHalloween”. The image has been blowing up on Twitter with many people labeling it as the best celebrity Halloween costume they've seen.

However, if The Rock really wants to land the role of playing the intergalactic bounty hunter Lobo for Warner Bros., then maybe he shouldn’t be dressing up as one of the competition’s superheroes.

The Rock As The Hulk Instead Of Lobo