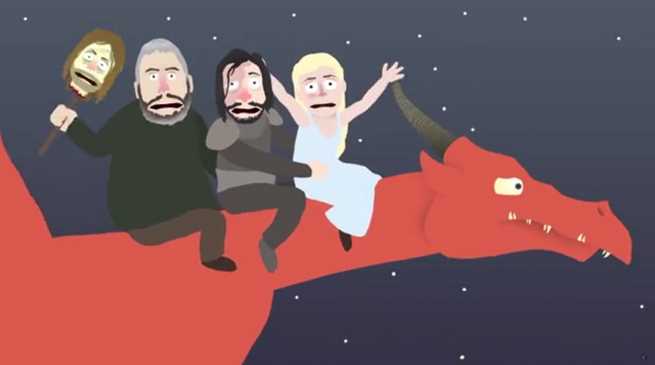 We know that George R.R. Martin’s A Song of Ice and Fire makes for a great adult-oriented live action series, thanks to HBO’s Game of Thrones, but how would it translate to kid’s animation?

Martin has teamed up with Conan to give fans a sneak peek at a totally fake animated adaptation of his work, titled Little Thrones. It is probably the cheeriest Game of Thrones related anything ever created.