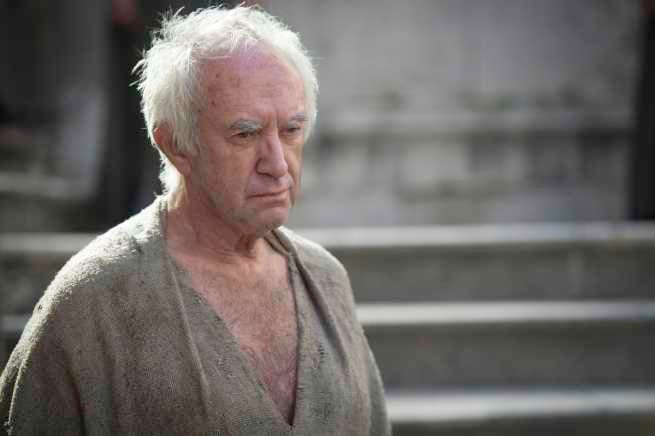 The premiere episode of Game of Thrones Season 5, “The Wars to Come,” introduces an interesting new faction to the series. Lacel Lannister, son of Kevan Lannister and cousin (and secretly former lover) to Cersei, shows up in King’s Landing dressed as a commoner, professing strict adherence to the Faith of the Seven. Kevan explains that his son has joined a group of religious Zealots called the Sparrows.

Who are the Sparrows? Read on to get some insight from Game of Thrones’ source material, A Song of Ice and Fire, but be warned that SPOILERS may follow.

The War of the Five Kings took its toll on the faithful of Westeros. Septs were burned, Septas were raped, Septons were assaulted or killed. Surviving faithful began leaving the ruins behind and made their way to King’s Landing. There, under the leadership of the High Sparrow, they began to spread their fanatical vision of the Seven’s faith.

Here’s where we get into specific spoilers folks, so be warned.

Things will really get interesting when Cersei, in her paranoia, reinstitutes the Faith Militant, two separate orders – the Poor Fellows and the Warrior’s Sons - who together make up a military force loyal only to the High Septon. I won’t go into detail, but if it sounds like Cersei might be setting herself up for an epic backfire, well, you might be on to something.

The addition of the Sparrows to Game of Thrones is an interesting one. Up until now, the faith of the realm has been a background issue. Now it has really power. It will be interesting to see how that changes the overall balance of power.

Game Of Thrones: Who Are The Sparrows?

Everything Coming to Netflix This Weekend (July 30)