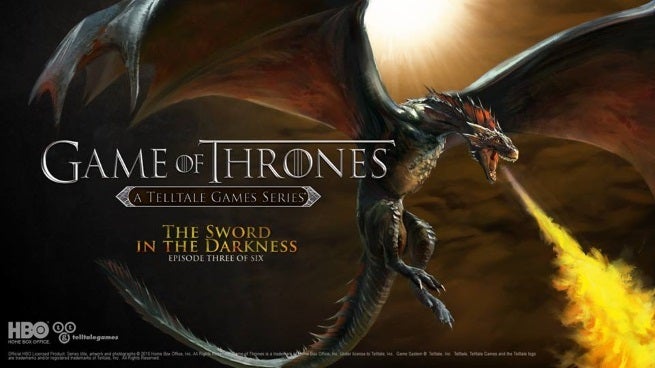 Telltale Games has announced that the third episode of their Game of Thrones series will be titled The Sword in the Darkness.

The Sword in the Darkness is the third of a six episode game series that follows the members of House Forrester. The family controls a forest of valuable Ironwood, but has fallen into a precarious position thanks to the events of the War of Five Kings. Players take control of several different members of the family, in different regions of Westeros, as they try to navigate safely through tumultuous political waters.

The game features several major players from the HBO series, each voiced by the actor who portrays them on screen, including Tyrion Lannister (Peter Dinklage) and Jon Snow (Kit Harrington).

No further details have been revealed at this times, but the Game of Thrones: A Telltale Games Series Facebook page promise more are on the way soon.