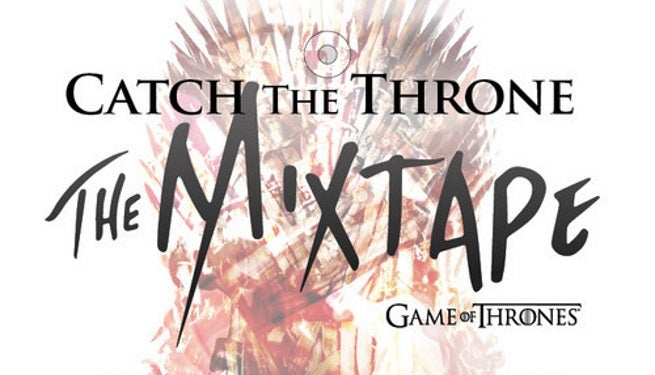 HBO has announced the second volume of the Game of Thrones themed Catch the Throne: The Mixtape. Like the first volume, Catch the Throne Vol. 2 will feature hip-hop and reggaeton artist like Method Man, Snoop Dogg and Yandel, but will also cross over into metal with songs by Anthrax and Killswitch Engage.

Produced by Launch Point Records, Catch the Thrones: The Mixtape Vol. 2 will feature 15 songs based on the characters, themes, and highlights of Game of Thrones Season 4. Each song will sample music from Game of Thrones' original soundtrack, and the mixtape is said to use the genres of hip-hop and metal to exemplify the ongoing theme of fire and ice.

"Off the top, I love Game of Thrones - I even gave my expert analysis of this season on my GGN show. It's like the rap game, its gangster, about family, loyalty and trying to get to the top," said Snoop Dogg in a press release. "I had to get involved. Give the fans a little bit of how I see it."

Lucinda Martinez, SVP of Multicultural Marketing at HBO stated, "Catch the Throne: The Mixtape garnered much praise and piqued interest of artists wanting to partake in its sequel. We're excited to seize the opportunity to channel the fandom of these artists into volume 2 and give audiences another opportunity to experience original music inspired by the show. We are particularly excited to integrate heavy metal into the mixtape this time around to continue our celebration of this groundbreaking series."

"As fans of Game of Thrones, we are extremely excited to collaborate on this project. Recording a song about the Lannister family allows us to connect more with our fans and Game of Thrones fans in a way we would have never imagined," said Scott Ian of Anthrax.

Catch the Throne: The Mixtape Vol. 2 will be released for free in March, in anticipation of the April 12 premiere of Game of Thrones Season 5 on HBO.

Bow Wow Flips While on Tour With Omarion and Ashanti, Threatens to Quit

Britney Spears Gets Real About Her Fears Over Post-Conservatorship Life