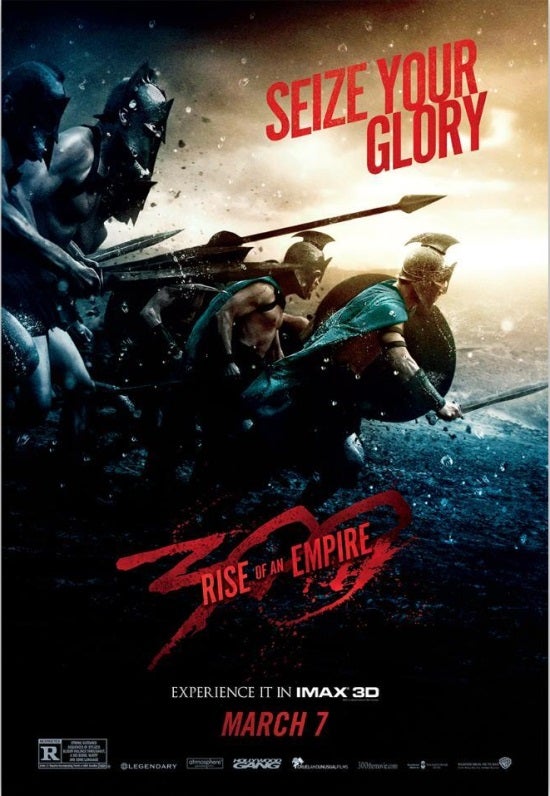 Back in 2006, we watched as King Leonidas lead 300 men against an army of Persians, led by King Xerxes. After three days of valiant battle, known as the Battle of Thermopylae, all 300 Spartans fell, though not until they had dealt the Persians several defeats and Leonidas himself scarred Xerxes face. But what happened in the rest of Greece? Eight years later, that question is finally answered. 300: Rise of an Empire starts before the Battle of Thermopylae, showing how the cruel Artemisia aided Xerxes in his rise to rule Persia. When the various Greek City-State become aware that Persia is coming, several frightened leaders want to make a deal. However, the warrior Themistocles convinces Greece to unite against their common enemy. Only Sparta declines, though Themistocles himself appeals to Queen Gorgo. The battle takes place on the sea, Artemisia's superior numbers against Themistocles brilliant strategy. When word comes of Leonidas' defeat, Themistocles once more appeals to Queen Gorgo for Sparta to join for one final mighty battle, during which the fate of Greece will be decided. Sullivan Stapleton gives Themistocles equal parts passion, heart, intelligence, and strength, making him the perfect hero. Returning actors Lena Headey as Gorgo and Rodrigo Santoro as Xerxes flawless slip back into these characters as if no time had passed at all, and Jack O'Connell as the young Greek solider Calisto also stands out with a strong performance of a boy becoming a man on the battlefield. But the true star is Eva Green as Artemisia. As one of the strongest villains in years, Green demonstrates pure cruelty and hatred with every look. Her performance is as stunning as she herself is. 300: Rise of an Empire does not skimp on the blood and utilizes 3-D in a fun, gore filled way. Much like the earlier 300, the story and plot keep things moving forward, but the battles and the blood are where the movie truly shines. From beginning to end, this is simply a good time.

Everything Coming to Netflix in November 2022