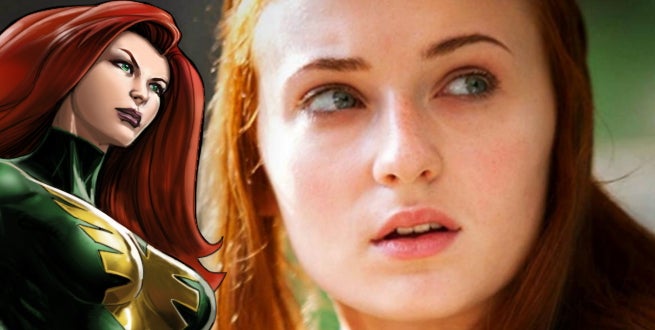 Sophie Turner landed the plumb role of Jean Grey in the upcoming X-Men: Apocalypse movie. While she was at the season five premiere of Game Of Thrones, she discussed the similarities in fanbases between her HBO show and X-Men as well having a new take on Jean Grey.

"It's got such a loyal fanbase, kind of like the Game of Thrones fanbase," Sophie Turner told Digital Spy. "I feel very at home with a loyal fanbase and I just hope that I make them proud."

Because she'll be playing a younger version of Jean Grey we can expect a less sophisticated version of the telepathic mutant than what we saw with Famke Janssen. "Famke did it so well. I just want to kind of bring a bit more a naivety to her." she revealed. "I can't really say much. I'll give her a little twist."

Listen to her comments in the video below.

X-Men: Apocalypse Star Sophie Turner Will Put Her Own Twist On Jean Grey