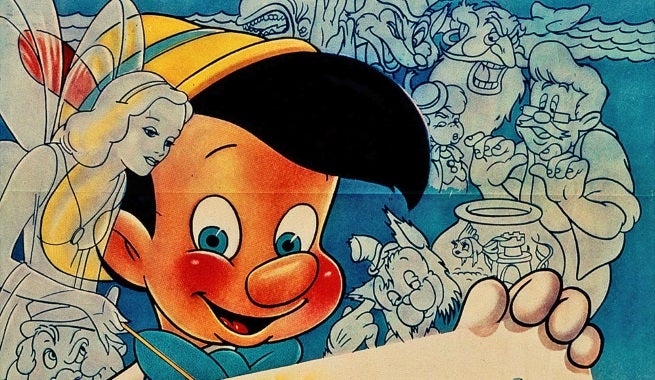 Disney is working on a live-action adaptation of Pinocchio, to be scripted by Peter Hedges.

The original Deadline report says the film will be loosely based on the original Pinocchio story, but its unclear exactly how loosely or if the film is more directly based on Disney's 1940 animated film, or the 1883 novel The Adventures Of Pinocchio, by Carlo Collodi, on which the cartoon was based.

Disney's Pinocchio will be in competition with a darker Pinocchio movie currently being developed by Guillermo del Toro and the studio behind The Book of Life. That film will be stop-motion animated.

This is just the latest of several live-action adaptations Disney is working on, including live action films based on Beauty and the Beast, Mulan, and Winnie the Pooh.

It's also not the first time they've found themselves in competition over a single property, as both Disney and Warner Bros. have live action Jungle Book movies in the works.

The actual story of Pinocchio is a fantasy story of a marionette who wants to be a real boy. He gets his wish, after a fashion, and comes of age by travelling Italy.