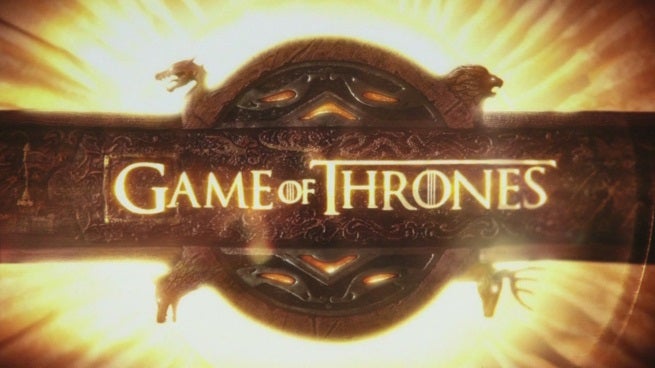 Game of Thrones' fifth season may not be over yet, but casting has reportedly already begun on Season 6. Get ready to speculate, and beware of potential SPOILERS to come.

These casting descriptions come from Watchers on the Wall, who reportedly had them sent their way from dependable sources. Let's dig in:

Pirate, man in his 40's to late 50's. He's "an infamous pirate who has terrorized seas all around the world. Cunning, ruthless, with a touch of madness."
He's a dangerous-looking man. A very good part this season.

The Greyjoys have been notably absent from the series since Yara's failed rescue attempt in Season 4. This listing seems to suggest that they'll be back next season. This description most likely describes Euron Greyjoy, Balon's brother. It may also reference Victarion. Both have ambitions for the Seastone Chair.

Next up is a family:

Father. Aged 50's to 60's, he's one of the greatest soldiers in Westeros- a humorless martinet, severe and intimidating. He demands martial discipline in the field and in his home. It's described as "a very good part" for next year and that he's "centrally involved" in a protagonist's storyline.

Mother, in her 50's. She's a sweet, plump, and adoring mother, and has a soft spot for one of her children who benefits from her decency.

Sister, in her early 20s. She's a kind, friendly and unpretentious woman.

Brother, in his early to mid-20's . Athletic, a good hunter, an excellent swordsman, manly, not particularly bright but the favourite child of the father.

The father here is almost certainly Randyll Tarly, Sam's father and the great soldier that Stannis was gushing about earlier this season. He'll be called into service by his liege lord, Mace Tyrell, in trying to fix the mess that Cersei has created with the Faith Militant and the High Sparrow in King's Landing. The rest are likely Sam's mom, sister, and brother, Dickon.

Next, is a man of the cloth:

Priest, in his 40's or 50's. A gruff ex-soldier who found religion. Now a no-nonsense rural priest who ministers to the poor of the countryside. He's salt-of-the-earth man who has weathered many battles.

This is likely Septon Meribald, a wandering priest in the RIverlands who serves as a guide to Brienne and Podrick for a time. Brienne and Pod's storyline has gone way of track from the books over the past couple of seasons, but perhaps this signals that it's still headed in the same direction.

Leading Actress, in her early 40's, she's an elegant actress with a traveling theatre company. Fun, charismatic, rum-drinking actress in the troupe.

Fierce Warrior, a tall man in 30's or 40's with a powerful physique. They're looking for someone with "mixed ethnicity" for the role.

These roles are a little harder to pin down. The actress being a member of a traveling theatre troupe may mean she's involved in Mercy's parts of the story (if you don't know who Mercy is already, you probably want to keep it that way for now). A "beautiful, intense, and magnetic" priestess of "any ethnicity" kind of screams Red Priestess, but we can't be certain.

The last casting announcement calls for some children:

A large boy, with an actor who is 10-12 but playing 7 or 8. He's described as "a clever boy" who seems too large for his age. He's big and tall but not fat. "Characterful squat features" are a plus for this part. it's specified that this is a one-time appearance.

12 year old boy, with brown hair and blue eyes. He needs to use a Northern accent. He has scenes where he has to spar with a wooden sword.
The length of the role isn't specified.

7 year old boy with dark brown hair, a narrow face and green eyes. He also has a Northern accent. He also spars with the wooden sword, so it's safe to assume it's the same scene. This role is similarly open-ended, the description only stating that the character is being 'introduced.'

This may be another flashback scene, this time perhaps brought on by Bran's access to the weirwood. As WotW notes, Sean Bean has green eyes, so the 7-year-old boy could be a fit for a young Ned Stark. That would likely make one of the other two boys Robert Baratheon, from when they were being raised in the Vale of Arryn. The last boy is a little harder to pin down, but could be Ned's older brother, Brandon, or perhaps Howland Reed, father of Jojen and Meera and another childhood friend of Ned's.

Or perhaps it's two Starks and Littlefinger, during a Stark visit to Riverrun. Aidan Gillen has blue eyes, so the 12 year old boy could be young Petyr Baelish. Catelyn Stark was originally betrothed to Brandon, and only wed Ned after Brandon's death. This could give us a look back at the early days of Petyr's complicated relationship with the Starks.

Those are just our best guesses. Let us know who you think these characters might be in the comments.