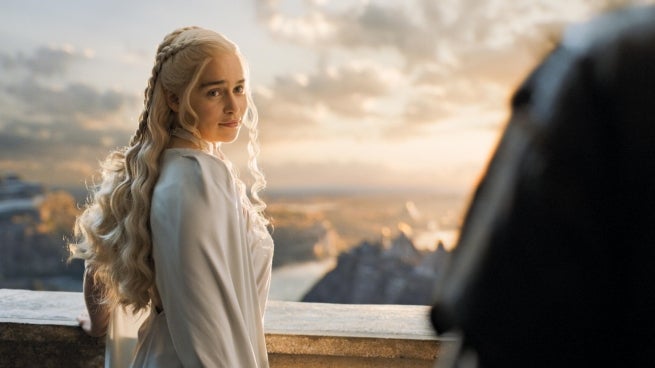 The fourth episode of Game of Thrones Season 5, "The Sons of the Harpy," airs tonight on HBO.

With three episodes under its belt, the major plots of Season 5 are all in motion: Jaimie and Bronn are off to Dorne, Cersei continues to scheme in the capital, Jon attempts to lead at the wall, Arya begins her training in Braavos, and Dany fends off insurrection in Meereen.

The title of tonight's episode suggests that Dany's struggle will be a focal point, as she tries to quell the unrest caused by Meereen's extreme traditionalist faction. We'll also be introduced to Oberyn Martell's bastard daughters, the Sand Snakes.

Check out a preview video embedded below, and see preview images in the gallery below:

"The Sons of the Harpy" is written Dave Hill and directed by Mark Mylod.

Game Of Thrones Season 5 Episode 4: The Sons Of The Harpy