Funko has announced a new line of "mystery minis" featuring characters from HBO's Game of Thrones television series. The figures stand at 2.5 inches tall and will be packed in "blind boxes," so you'll never know which character you're going to get. There are 15 figures to collect: Robb, Arya, and Ned Stark, Jon Snow, Ghost, Shaggy Dog, Tyrion and Jaime Lannister, King Joffrey, Khal Drogo, Daenerys, Rhaegal, Drogon, Viserion, and a White Walker. Based on the images provided, the figures look like they belong in a cartoon version of Game of Thrones. Which is kind of awesome. Funko's Game of Thrones mystery minis will be priced at $6.99-7.99 and will be available in stores and online February 15, 2014. 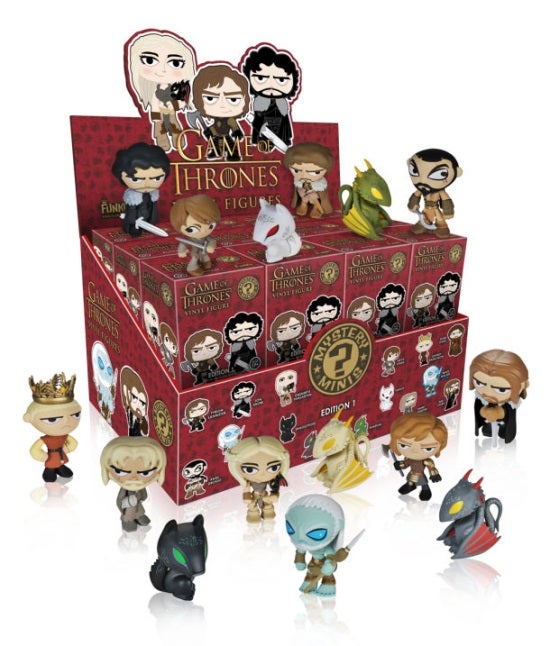