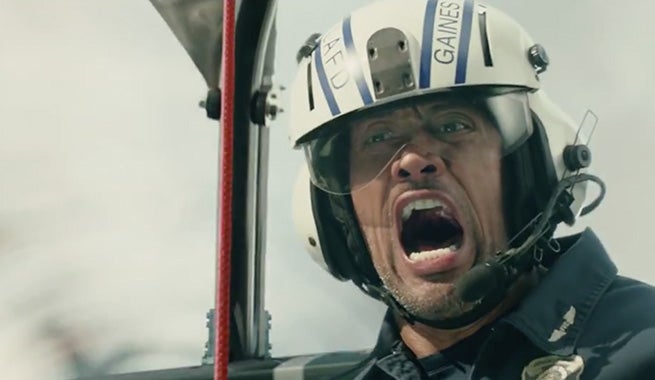 Afterwards, we decided to catch up with a few members of the general public who survived the largest earthquake in recorded history with us and get their thoughts on the movie. Join us in the video below to catch some reactions, fresh out of San Andreas.

It's pretty unanimous: the audience loved it enough to go as far as "the best damn movie I've seen in years!" According to everyone's advice, you need to not only go watch San Andreas, but be sure to experience it in 3D!

San Andreas unleashes in theaters May 29.