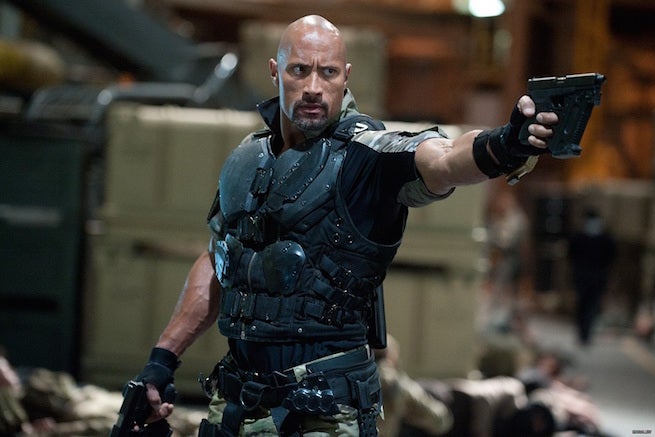 Dwayne Johnson is set to return for G.I. Joe 3 and D.J. Caruso is in talks to direct the sequel.

Jon M. Chu, who helmed 2013's G.I. Joe: Retaliation was originally attached to the third film but left to direct the Jem and the Holograms movie, according to The Hollywood Reporter.

It's unclear which other stars from the previous movie would return but Johnson will reprise his role as Roadblock.

Caruso's other films include I Am Number Four, Eagle Eye, and the recently wrapped The Disappointments Room, a supernatural thriller starring Kate Beckinsale and Lucas Till.