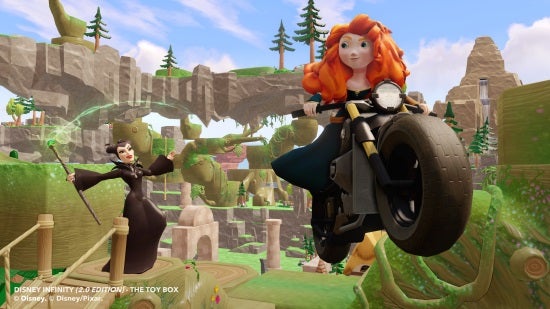 Disney Interactive have added Brave's Merida and Sleeping Beauty's Maleficent to the list of playable character in the 2.0 Edition of Disney Infinity. Merida and Maleficent will be playable characters in the new Toy Box 2.0 game mode, along with all of the previously available character from Disney Infinity. Players can use these characters and hundreds of other Disney items, locations, props and vehicles to create their own custom adventures and worlds. With her untamed fiery red locks, this headstrong Princess Merida will definitely leave her mark in Disney Infinity. Between her sharp sword and bow combo attacks with ricocheting arrows, she can upgrade her aim with elemental freeze arrows, freezing enemies in front of her then following up with rapid shots showing off her impressive athletic skills as an archer and sword fighter. The wicked title character from the upcoming Walt Disney Studios film, Maleficent, employs numerous magical powers and can attack using her magic in melee and ranged combat. To defeat enemies, Maleficent has the ability to utilize projectile and area of effect attacks that affect multiple targets within a specified area, brambles that she summons from the ground and ravens that she can call on to attack targets. Merida and Maleficent will be available in stores this fall. 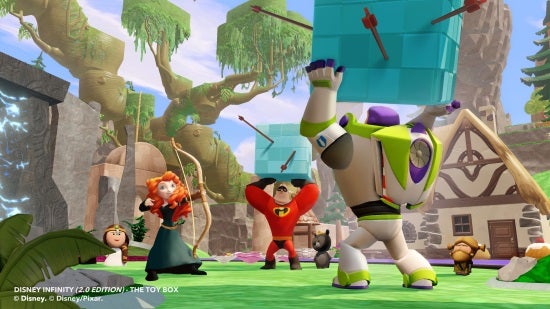 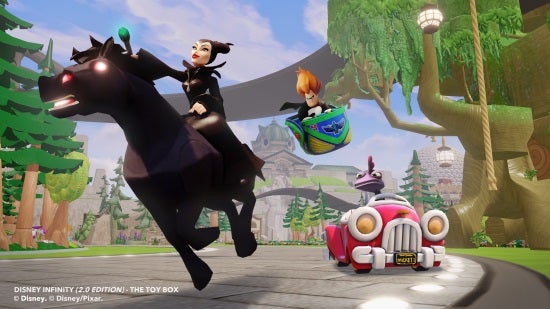 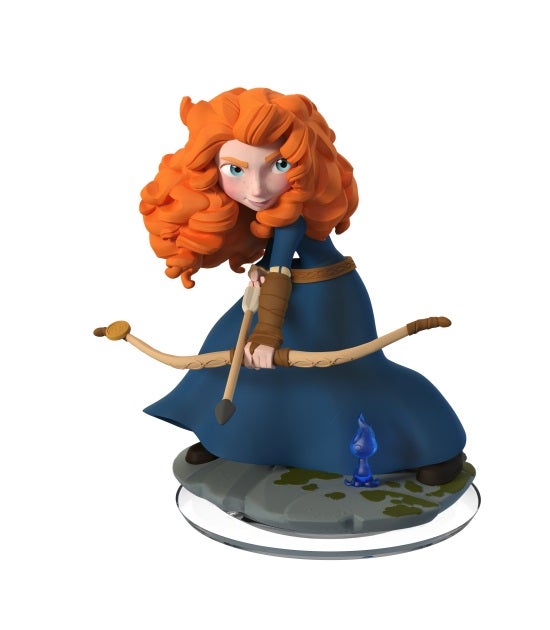 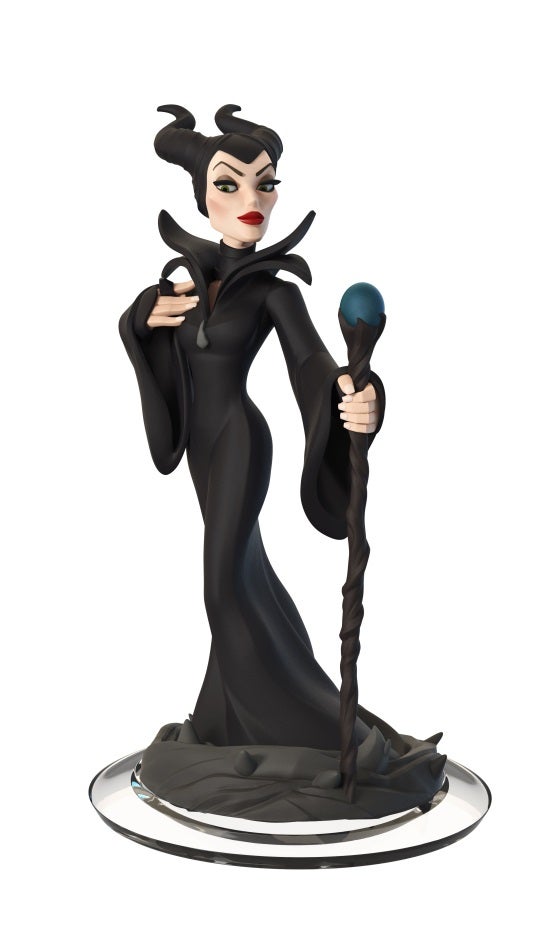