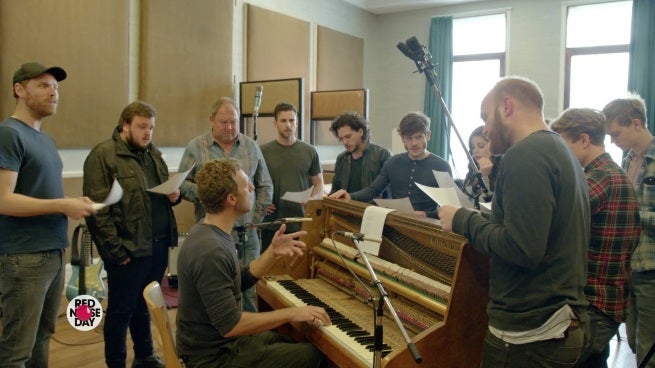 The full "Game of Thrones: The Musical" mockumentary sketch from NBC's Red Nose Day telethon has been released online.

The sketch goes "behind-the-scenes" as Coldplay tries to put together a Broadway musical adaptation of Game of Thrones, with songs like "Rastafarian Targaryen," "Closer To Home" (Coldplay's first love ballad about incest), and "A Man for All Season," in which Peter Dinklage tempts fate.

Check out the sketch below.