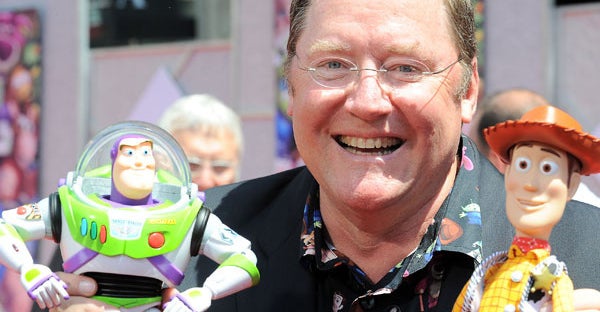 Just announced on the Disney Investors call, Bob Iger names John Lasseter as the director of Toy Story 4. The Pixar film will hit theaters in June 2017.

Lasseter, the CEO of Pixar, also directed Toy Story and Toy Story 2. It "opens up a new chapter" in the lives of Buzz and Woody, and the story was dreamt up by Lasseter, Andrew Stanton, Pete Docter and Lee Unkrich, the storytellers who have been the driving force behind all three previous films.

“We love these characters so much; they are like family to us,” said Lasseter. “We don’t want to do anything with them unless it lives up to or surpasses what’s gone before. Toy Story 3 ended Woody and Buzz’s story with Andy so perfectly that for a long time, we never even talked about doing another Toy Story movie. But when Andrew, Pete, Lee and I came up with this new idea, I just could not stop thinking about it. It was so exciting to me, I knew we had to make this movie—and I wanted to direct it myself.” 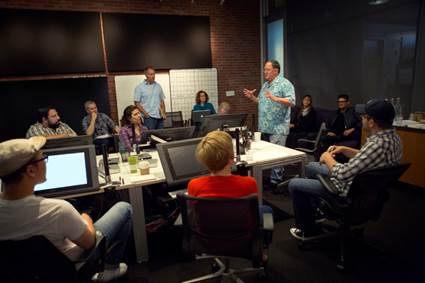 Writing team Rashida Jones and Will McCormack have joined the project, and Pixar veteran Galyn Susman is producing.

Jones, best known for her role on the American remake of the beloved British TV series The Office, is also a comic book writer, having done Frenemy of the State.

The first three films have grossed more than $1.9 billion worldwide. Each film set box office records, with the third included in the top 10 all time worldwide films.

Critically, all three Toy Story films rate more than 95% "fresh" on movie review aggregator Rotten Tomatoes. Recently, an animated special featuring the characters and introducing new ones was made, titled Toy Story of Terror. A spinoff series, Buzz Lightyear of Star Command, ran for two seasons on UPN and ABC in 2000 and 2001, but doesn't play into the overall continuity of the films.

There's no details yet on just what the fourth film would revolve around. The first three essentially told an epic, continuing story of the toys' life with their first owner, and ended with them finding a new one. Toy Story of Terror was a bit more episodic, by necessity giving them a smaller-scale problem that could be solved in half an hour of screen time.

'Tiger King': Joe Exotic Weighs in on Why He Feels Donald Trump Didn't Pardon Him