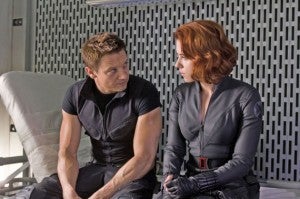 George R. R. Martin, best known as the creator of the Game of Thrones books which have gone on to spark a massively successful TV series on HBO, liked The Avengers a lot.

A longtime comic book fan, Martin said in a blog post that he intends to see The Avengers again, in spite of some minor qualms, the most notable of which actually echoes something we wrote in our review: "I think they wasted the Black Widow and Hawkeye," Martin said simply, before going on to detail the problems he had with the depiction of each.

"My own golden rule for these Marvel movies is simple -- stay with the way Stan Lee did it, and you won't go far wrong," Martin wrote, saying that rather than bringing in two popular Marvel heroes and then having no real idea what to do with them, the writers should instead have used Ant-Man and his wife The Wasp, which would have made the film a truer adaptation of the source material since they were founding members of the team and neither Hawkeye nor Black Widow could claim that title.

Of course, "the way Stan Lee did it" also fails to give any credit to Jack Kirby, which is a bad habit that people have had trouble breaking for decades now, but Martin would probably argue that, since he was talking about Marvel movies in general and not The Avengers in specific, Lee is the common link between most of those characters (whereas Kirby had little to do with characters like Spider-Man).

Game of Thrones Creator on Avengers: Stay With the Way Stan Lee Did It