Flip or Flop's Tarek and Christina El Moussa have been on a highly publicized roller coaster ride of ups and downs in the past several weeks.

From revealing their plans to try and continue filming the show, to their awkward coffee date, the dynamic between Tarek and Christina has been undeniably different between the two recently.

Check out five of the most crucial ups and downs between Tarek and Christina here as we hammer out the details of this this tumultuous time for the former couple.

After seven years of marriage, Tarek and Christina publicly announced on December 12 that their marriage had flopped.

They credited their separation to rising tensions. In the statement the former couple gave to People magazine, they explained that police had to be called to their California home this past summer after a heated altercation, which resulted in Tarek having the authorities catch him with a gun in hand.

Here was Tarek and Christina's statement below:

“Like many couples, we have had challenges in our marriage. We had an unfortunate misunderstanding about six months ago and the police were called to our house in an abundance of caution. There was no violence and no charges were filed.”

“During the process, we are committed to our kids and being the best parents we can be. We will continue to work through this process civilly and cooperatively, and plan to continue our professional life together.”

The El Moussas tied the knot in 2009 and share two children, 1-year-old Brayden and 6-year-old Taylor.

Despite announcing their split, Tarek and Christina El Moussa revealed plans to continue filming the show.

HGTV was clearly on board, and willing to stand by the Flip or Flop hosts to keep production going as smoothly as possible.

"We admire and appreciate Tarek and Christina’s great work on Flip or Flop," HGTV said in a statement to PEOPLE. "When it comes to matters related to their own family, we respect their privacy and honor any decision that works best for them and their children. HGTV is currently airing episodes of Flip or Flop and the series will continue production as scheduled."

Christina and Tarek Are Dating Other People

After announcing their separation on December 12, later in the week Tarek and Christina revealed that they were already dating other people.

Tarek and Christina released a joint statement to PEOPLE magazine saying: "We have both dated other people following the separation, but neither of us is ready to announce anything in terms of another relationship." 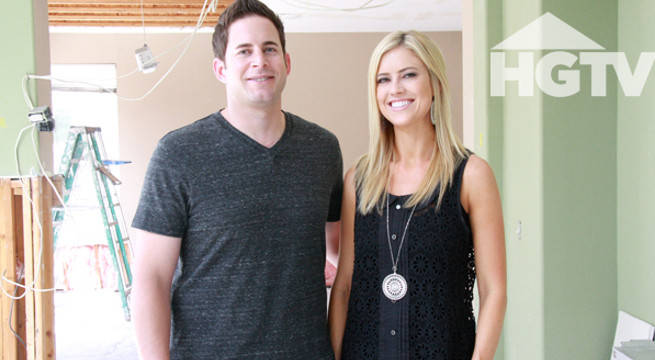 Later in the same week of their breakup announcement, Tarek and Christina El Mousa went on a coffee date that ended in the most awkward way possible.

The former lovebirds went to a coffee shop in Newport Beach, close to where Tarek is now living.

Tarek and Christina were caught on video having a conversation as they entered the shop. When they left, things got a little uncomfortable. Before walking towards their separate cars in the parking lot, Tarek and Christina half-heartedly embraced one another for a hug that turned out to be absolutely ice-cold.

Check out the video of the awkward hug here.

The most heartbreaking news for fans of the show and reality star couple came on Monday, December 19. Reports surfaced claiming that Flip or Flop was going to end in 2017 despite the initial announcement that Tarek and Christina planned to continue as scheduled after their separation.

The two are set to fulfill their contract obligations, but the HGTV show will no longer film after the coming season.

Charting The Ups And Down Of Flip Or Flop

ICE Offers Tribute to Martin Luther King Jr., But Twitter Isn't Having It

Girl Scout Cookies Delivery: How to Buy Without Leaving Your House

'Teen Mom 2': Kailyn Lowry's Son Isaac Turns 11 as She Wonders 'Where Did the Time Go?'