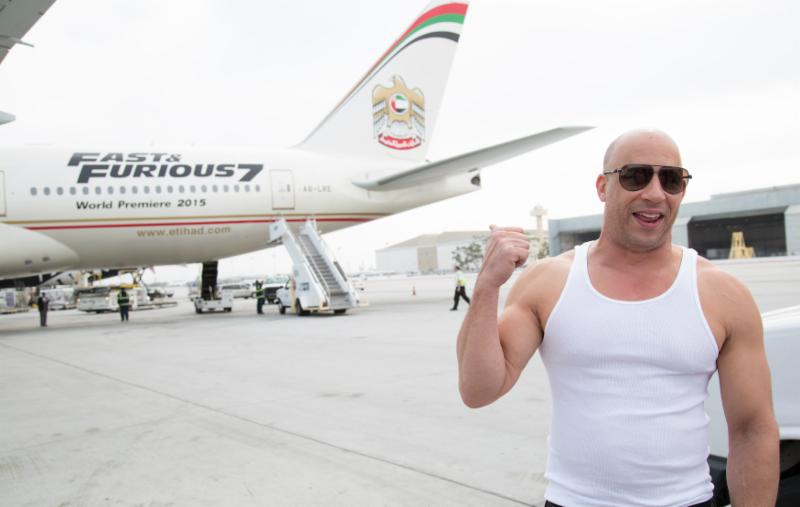 Forget cars, The Fast and The Furious' Vin Diesel would rather cruise on a jet liner.

The Furious 7 star recently unveiled the official jet of this spring's action racing film, dubbed the Fast and Furious 777 Airliner. In the photo, the plane just landed in LAX after a trip from Abu Dhabi. The plane will be used for upcoming Furious 7 promotional events, and kicked off the film's official global junket.

Furious 7 unites Vin Diesel with Dwayne "The Rock" Johnson, Jason Statham, Tyrese Gibson, and more in the Fast and the Furious' seventh franchise installment. You can see Diesel welcome the jet in the video below, but it doesn't look like he'll be dumping any cars out of this one.