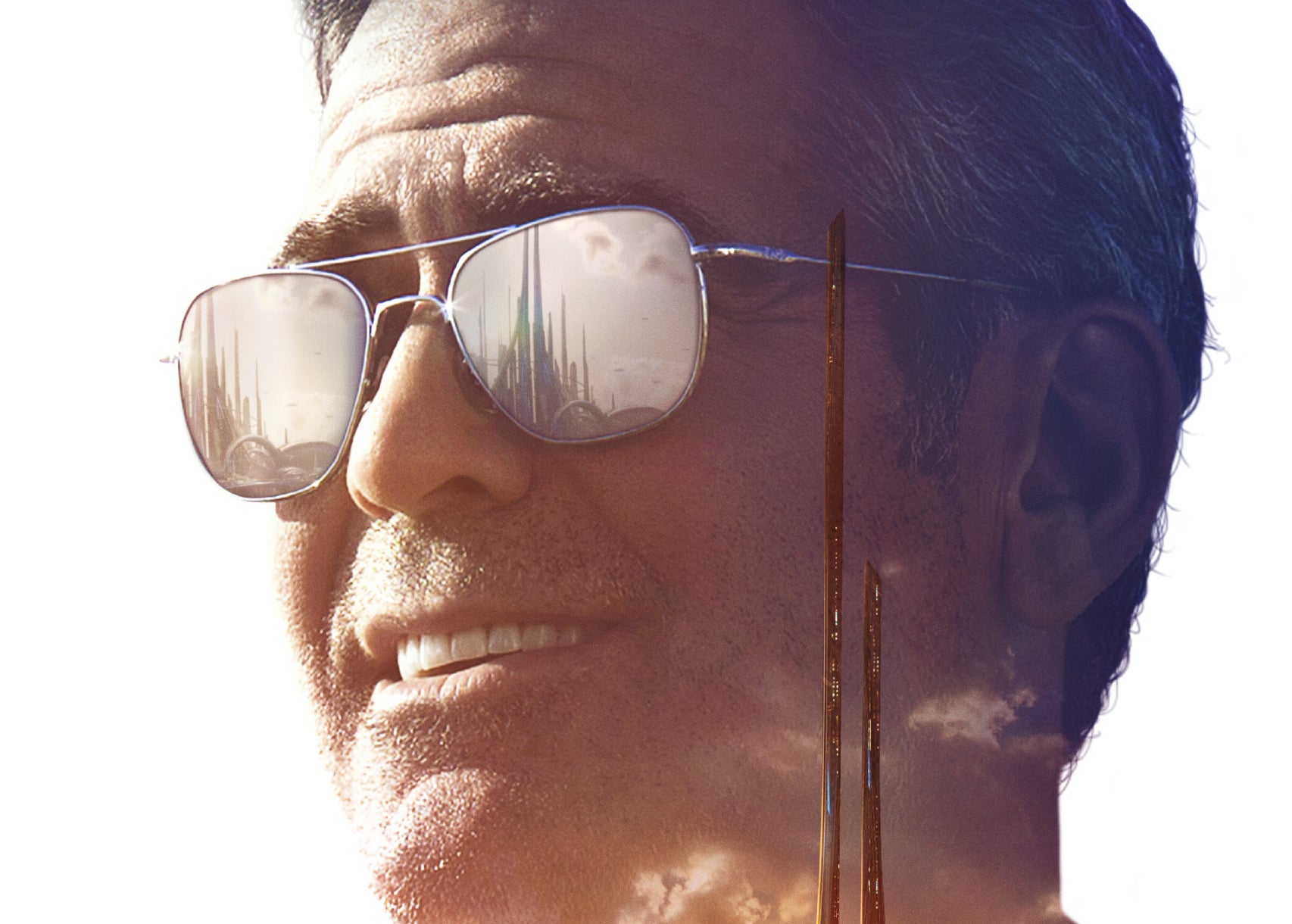 While the summer is filled with another slate of sequels and reboots, Walt Disney Studios is trying something new with a fresh-faced franchise.

That new kid on the block is Tomorrowland, and it comes swinging at The Avengers and Mad Max's out there with some serious talent. Directed by Brad Bird (The Incredibles, The Iron Giant), written by Damon Lindelof (LOST, The Leftovers) and starring George Clooney (Ocean's Eleven, Gravity), the credits alone indicate a stellar science fiction adventure. And like any proper fairy tale, Tomorrowland exercises your imagination and presents brilliant visual imagery. If only that same care was given to the actual story, which takes an unfortunate backseat to barely-answered mysteries and world-building.

Much of the film has remained a secret, so this review will keep it that way. Though it matters little, as the film doesn't truly show its hands until more than half-way through its run-time. Keeping audiences in the dark for so long is a risky move, especially for a film as highly budgeted as Tomorrowland. But Damon Lindelof sure loves his mysteries. As his resume proves, Lindelof likes establishing a wealth of set-up, with little-to-no payoff at the end.

In Tomorrowland, however, Lindelof thankfully breaks that. The conclusion is middling at best considering the build-up, but it's a start for the ever-ambitious writer. He paired with writer Jeff Jensen on this one, after finding Jensen's LOST theories and coverage on Entertainment Weekly, realizing that Jensen had imagined better scenarios for the show then the writer's room was.

Once you're in your theater seat, you better get comfortable. The film's first half lags as Frank Walker (George Clooney) and Casey Newton (Brit Robertson) recount their experience in Tomorrowland. Unfortunately, their recollection is riddled with not-so-subtle messages about protecting the environment and treating others with kindness.

It's actually Thomas Robertson who completely steals the movie. Robertson portrays the young, imaginative Frank Walker, who is still full of heart. Showing up at the World's Fair in the 1960's, he puts his pride and joy on display for Nix (Hugh Laurie): a jet pack. It doesn't quite work yet, but it enough to earn him an invitation to the place where the world's smartest and most creative minds come together, Tomorrowland.

Robertson's screen time is by far the film's most enjoyable part. With Bird's direction, they are able to capture the wonder (possibly drawing from personal memory) of being a kid in Disney World. But eight-year-old Robertson isn't the only young gun to deliver a delightful performance. 13-year-old Raffey Cassidy, who plays Athena, also takes full advantage of her screen time with a wide emotional range. Plus, she kicks some major butt.

Then there's the other Robertson: Britt Robertson. Once again, she shows just how capable she is. Her Casey Newton character is a constant ball of happiness and energy, which thanks to Robertson, is a lot of fun to watch She even Clooney's pessimistic character shine a little brighter.

Tomorrowland just spends a little too much time world-building instead of letting the audience enjoy its creations. Casey wants desperately to go to Tomorrowland and so do we in the audience. The amount of hype for this world and questions built around it and Frank's apparent doomsday timer create immense expectations. This ultimately creates Tomorrowland's main problem. The payoff doesn't meet those expectations. Tomorrowland's big villain reveal and climax must have felt more climactic in the writer's room, because it doesn't match what the first two acts force us to demand. That's not to say it isn't a somewhat satisfactory capstone, but Lindelof, again, spends most of the time creating a world rather than an actual story.

Audiences, young and old, were never going to leave Tomorrowland thinking solely about the plot anyway. It's the sense of wonder it creates that will attract people to it and leave them satisfied. As much as the narrative falls short, the imagery and creativity tries to pick up its slack. Much like his animated work on The Incredibles, Bird adds details to this film that other directors could not. Extra background bits of Tomorrowland, which require no further exploration, will trigger children's imaginations and transport adults back to that childhood wonder of walking into the Magic Kingdom for the first time.

Bottom Line: Tomorrowland is an imaginative spectacle which delivers a world more memorable than the story told within it. 4.9/10

REVIEW: Tomorrowland Is Not Quite The Future We Hoped