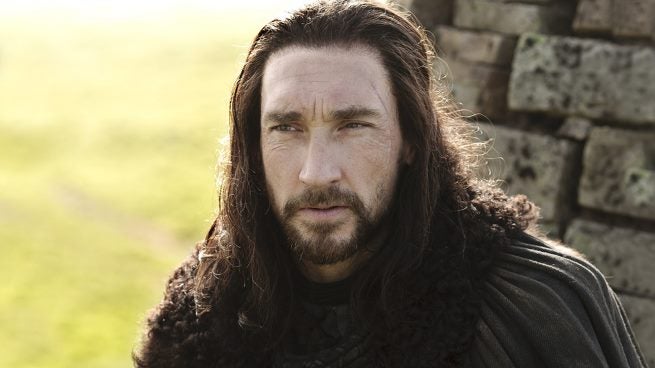 A Redditor's visit to the Cushing Library at Texas A&M seems to have proven one of the most popular fan theories about A Song of Ice and Fire false.

The library houses George R.R. Martin's original 1600-page manuscript for A Dance with Dragons, including notes between Martin and his editor. These notes includes the editor trying to get Martin to stop repeating certain phrases, or modernize others, all of which Martin pretty much ignores.

One such note touches on two characters and a certain fan theory that connects the two. SPOILERS follow.

The note comes on a page that features the character Coldhands, a mysterious Other-like being who aided Bran and his party in reaching the Three-Eyed Crow beyond the wall. Coldhand's origins have never been explained.

Martin's editor theorizes, as many fans have, that Coldhands is actually Bran's uncle, Benjen Stark. Benjen was Ned Stark's brother, and a sworn brother of the Night's Watch. He was last seen leaving the Wall, heading north on a ranging mission to find other missing members of the Night's Watch. In turn, Benjen's disappearance is part of what convinces Lord-Commander Jeor Mormont to take a ranging expedition North himself.

The idea is that something happened to Benjen when he went beyond the Wall that transformed him into Coldhands, and that perhaps the same fate befell the other missing rangers. Keeping his true identity a secret would explain why Coldhands keeps his face covered.

What's Martin's response to the theory posited by his editor? A simple "NO."

Fans have been concerned about Coldhands being one of a few characters that seem to have some import in Martin's story, but have not shown up on Game of Thrones yet. Perhaps, knowing that he's not actually Benjen, Coldhands will turn out to be not that important after all.