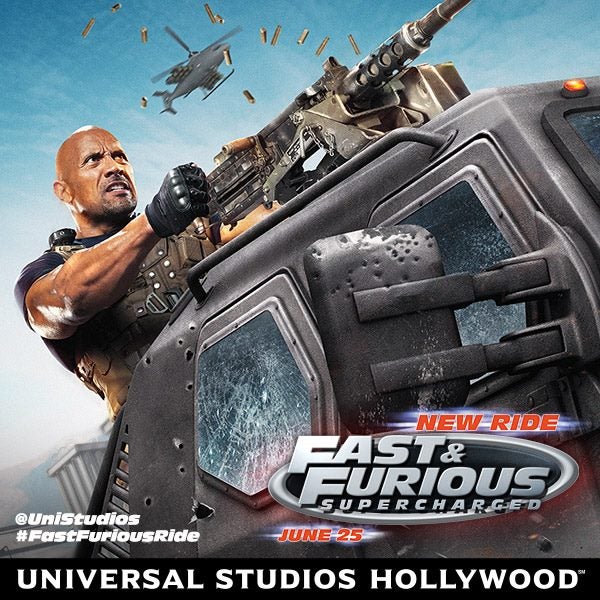 They've also released a behind-the-scenes video, featuring commentary from the cast, including Vin Diesel, Dwayne Johnson, Michelle Rodriguez, Tyrese Gibson and Luke Evans and the producers. Check it out below.

"When you have something as unique and special as the Fast & Furious franchise, you want to create an experience for the fans that they can only feel and experience at Universal Parks," said Johnson. "To be immortalized in a ride, is a very cooI thing.  I get a chance to become Luke Hobbs and kick ass…all in 3D."

Fast & Furious—Supercharged is a technologically advanced, epic ride that reunites stars from the Fast & Furious series in a groundbreaking mega-attraction designed to catapult guests into the high-stakes underground world of street racing at perceived speeds in excess of 120 miles per hour.  This high-octane ride is conceived as a new installment to the Fast & Furious franchise and will debut as the grand finale to Universal Studios Hollywood's behind-the-scenes Studio Tour that can only be experienced at The Entertainment Capital of L.A.