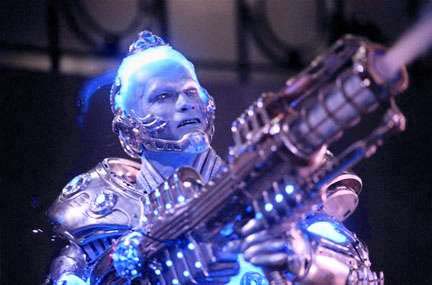 Did you ever think that 1997's Batman & Robin could have been a better film with the inclusion of musical numbers? If so, then YouTube channel "2 Chins in Hollywood" has done you a favor. The channel has put together a video of Arnold Schwarzenegger's Mr. Freeze belting out the anthem "Let It Go" from Disney's Oscar-nominated animated film Frozen. Frozen received an Academy Award Nomination for Best Animated Feature. "Let It Go" is nominated for Best Original Song.