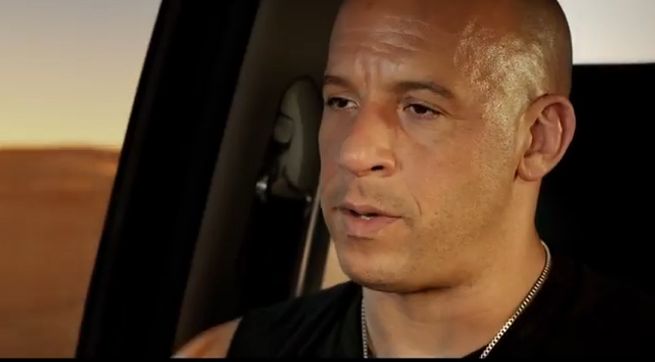 Universal Pictures has just released a ninth new TV spot for Furious 7. The spot features a little bit of new footage. In one scene, Vin Diesel's character Dominic Toretto says, "If a war is coming, we're going to face it on the streets we know best."