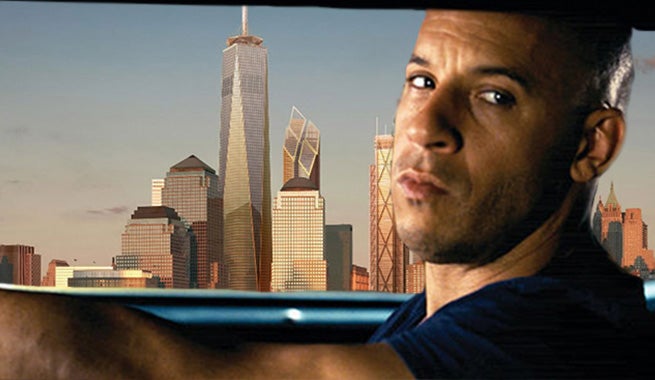 Fast & Furious 8 is racing to its April 2017 release date and in the mean time Vin Diesel continues to tease a New York location for the film.

The Fast & Furious star took to Instagram today to post his latest hint at Fast & Furious 8 taking place in New York City - a location the globetrotting franchise has never been set before.

We don't know if this is an official Fast & Furious 8 logo or just fan art Diesel decided to share, but it continues the trend of New York City hints from the man who plays Dominic Toretto.

Previously, Diesel had teased the New York setting for the franchise's eighth installment on Jimmy Kimmel Live. He explained to Kimmel that Kurt Russell's "Mr. Nobody" character was brought into Furious 7 for a larger plan which would take the franchise to the Big Apple.

The thought of an Audi parachuting from the Freedom Tower to the Statue of Liberty sounds crazy, but then we remember this is the Fast & Furious franchise where cars actually can fly. Do you want to see the 8th installment take over the city that never sleeps?

Doja Cat Just Launched a New Fashion Collab. Here are the Best Looks from It

'The Masked Singer' Season 5: Who Is the Russian Doll? Clues, Guesses and Performances