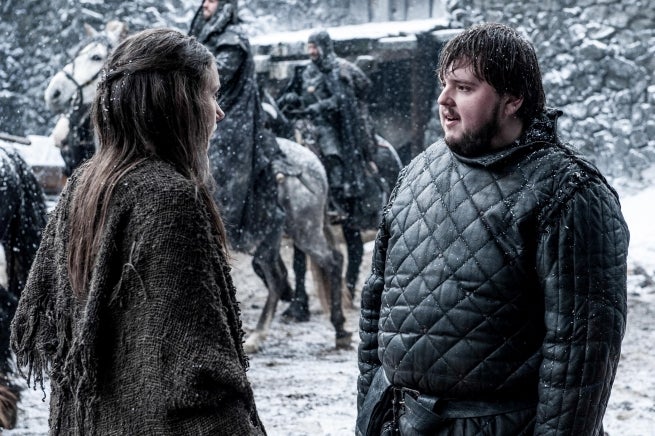 In this week's “Inside the Episode,” showrunners David Benioff and D.B. Weiss discuss Maester Aemon's death, Daario's advice to Dany, and the High Sparrow's faith.

“This death might be unique in Game of Thrones history, in so far as its a natural death,” says David Benioff of Aemon's passing.

In a second video, John Bradley-West (Samwell Tarly and Hannah Murray (Gilly) discuss the strengthening bond between Sam and Gilly.

In the final video, creator George R.R. Martin shares more information on the poisons of House Martell, like the one that Tyene Sand poisoned Bronn with, and the one Oberyn Martell poisoned Gregor Clegane with.

Simone Biles Reveals Why She Withdrew From Olympics Finals

'Ghostbusters: Afterlife' Drops Major Easter Eggs From the Original and Fans Are Fired Up