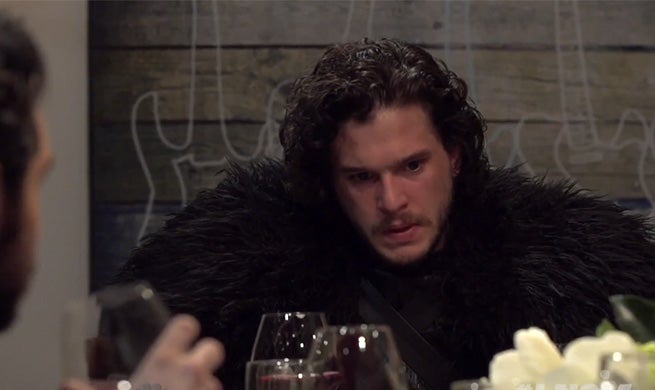 Game of Thrones season 5 is so close we can almost taste it. The show still being in remission doesn't mean that you can't see Jon Snow being Jon Snow, though.

This week on Late Night With Seth Meyers, Jon Snow attended a dinner with Meyers. It made for one of the funniest segments ever on Late Night. Be warned, the segment is riddled with spoilers for the first four seasons of Game of Thrones, but then again, it won't be as funny is "You know nothing," about the show, anyway!

Plucking any character out of their Game of Thrones existence would be a terrible idea. If you could, though, bring one character from the series to dinner, which one would it be?

Game of Thrones returns this Sunday, April 12 at 9 PM EST on HBO.